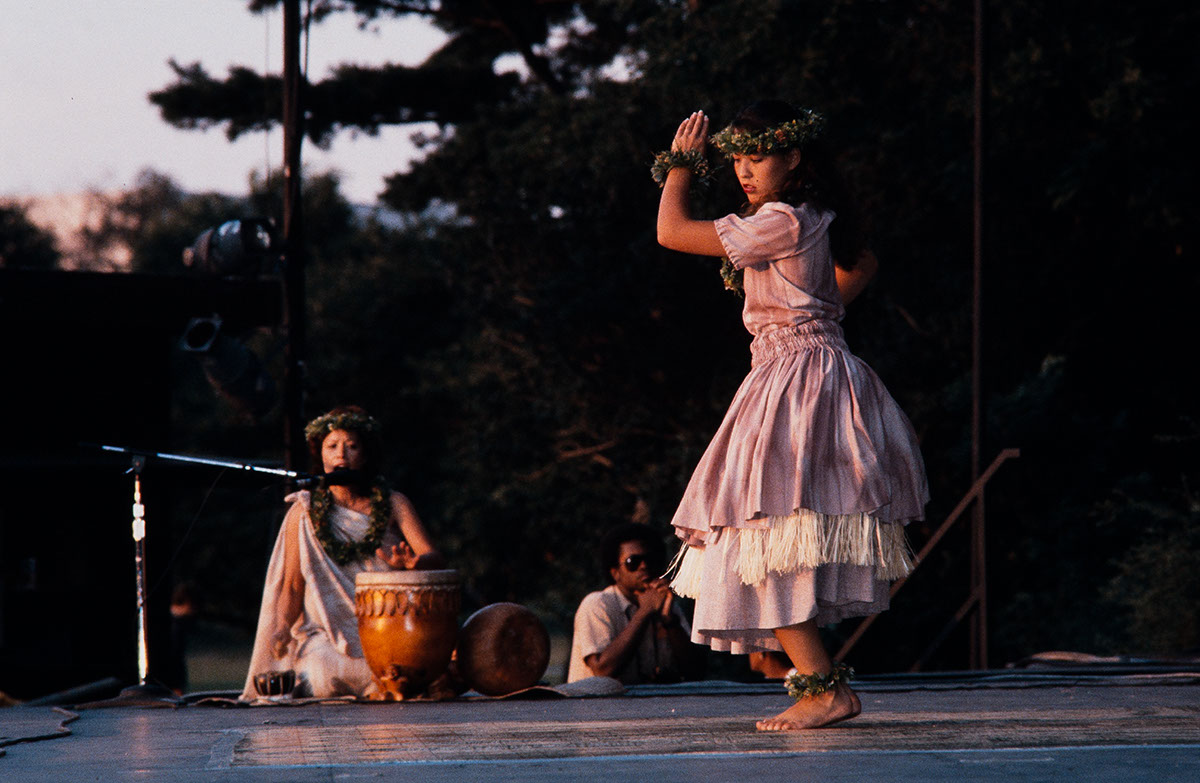 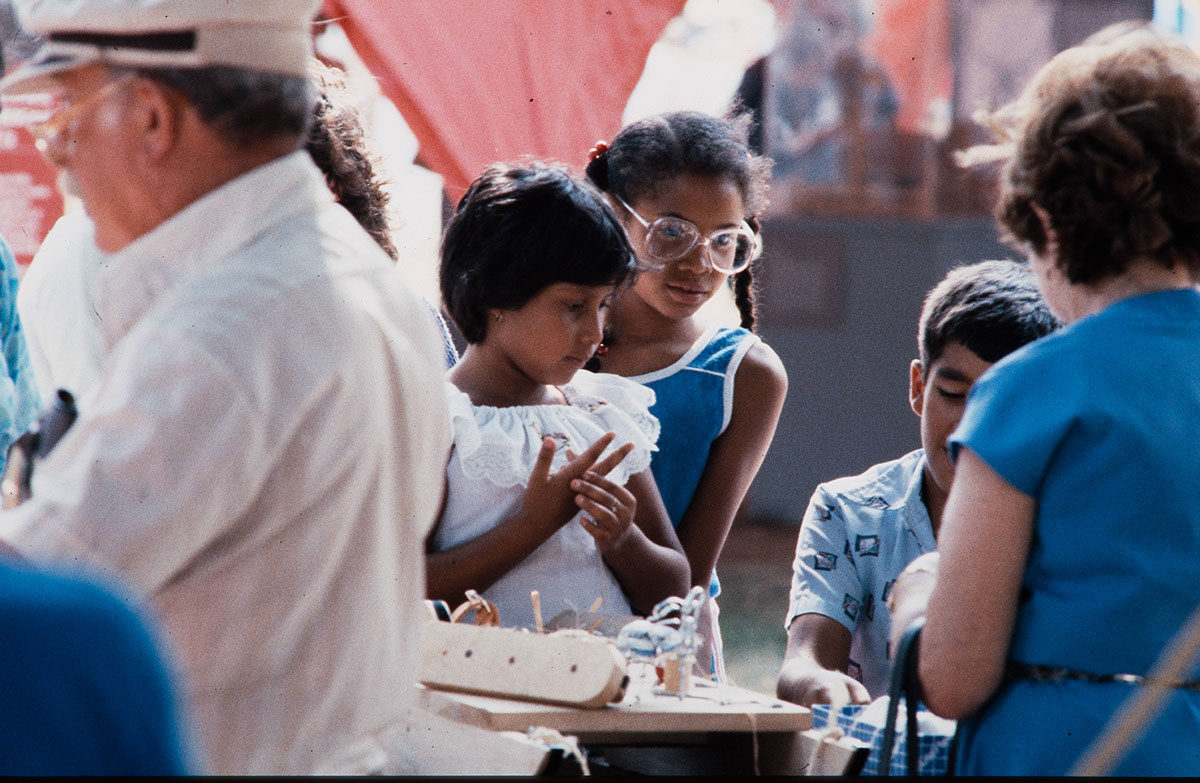 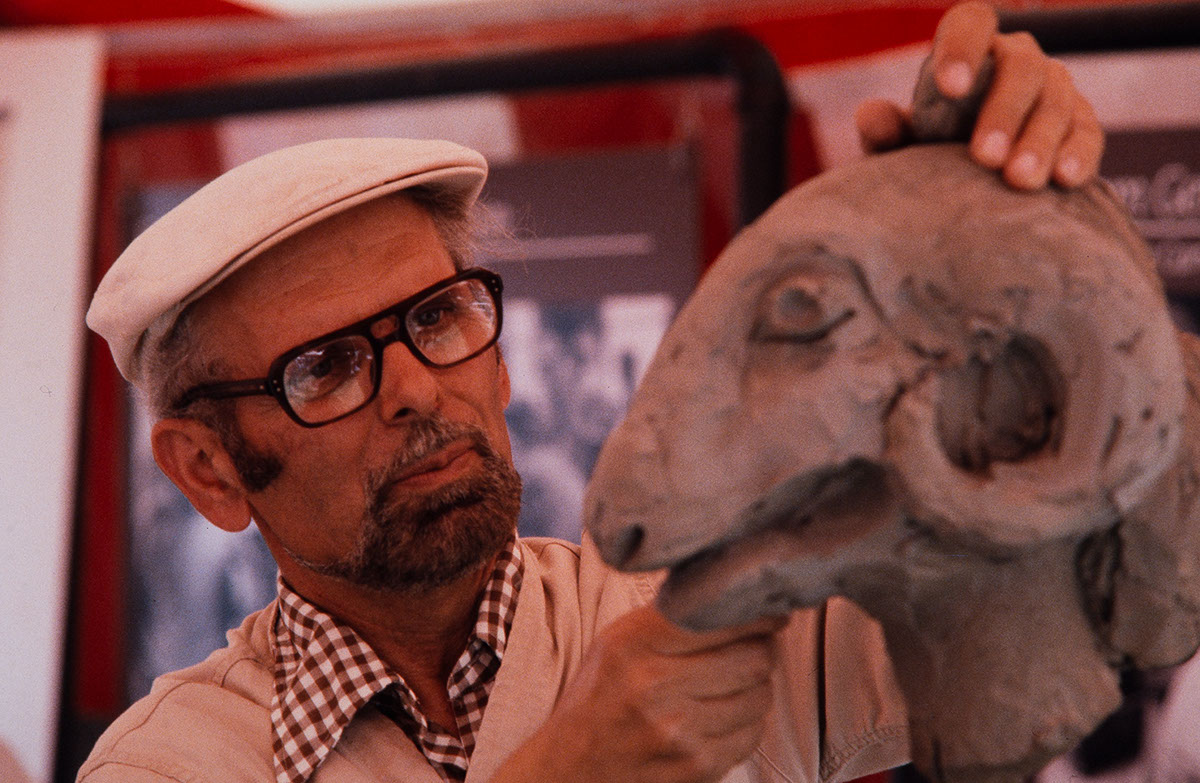 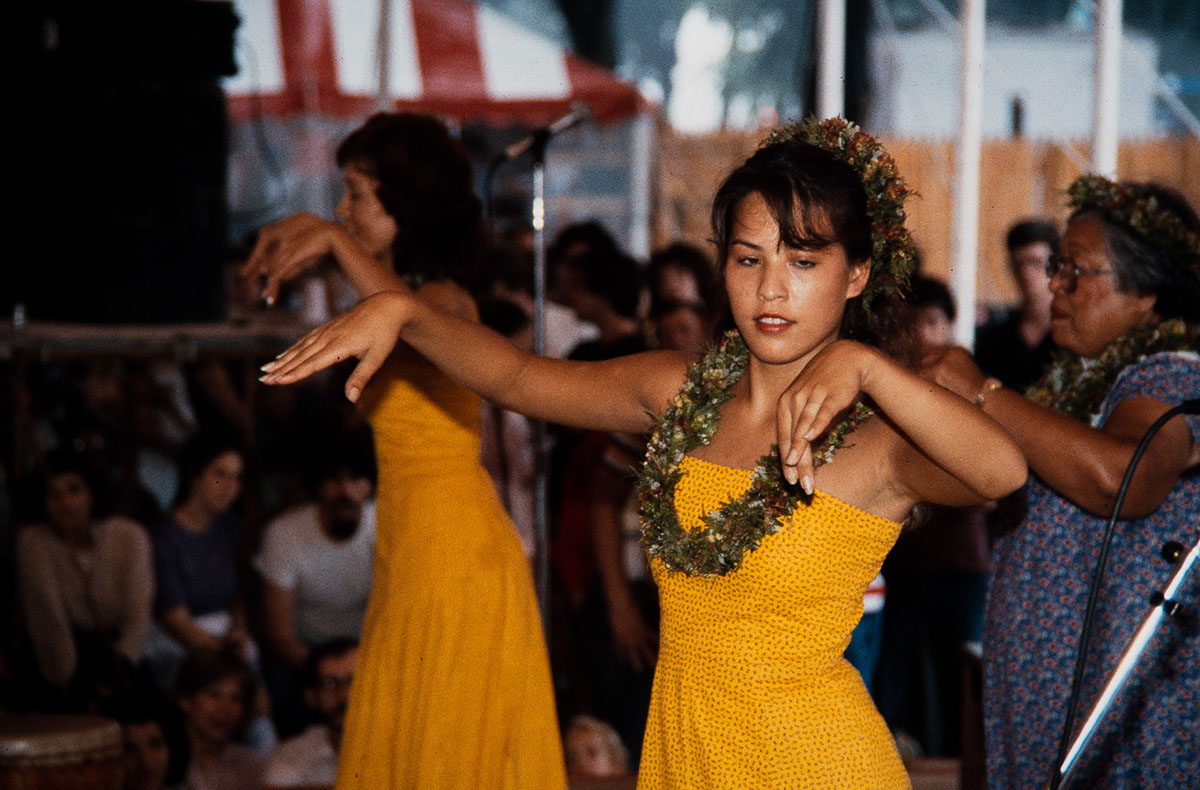 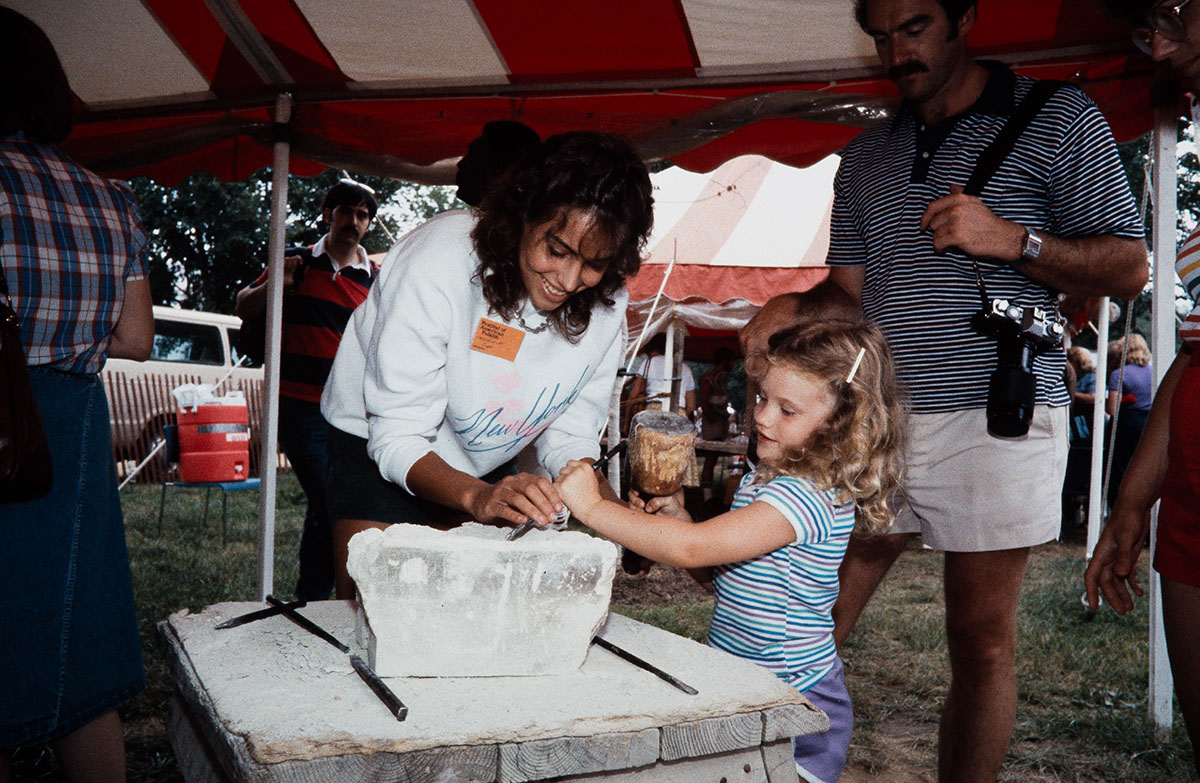 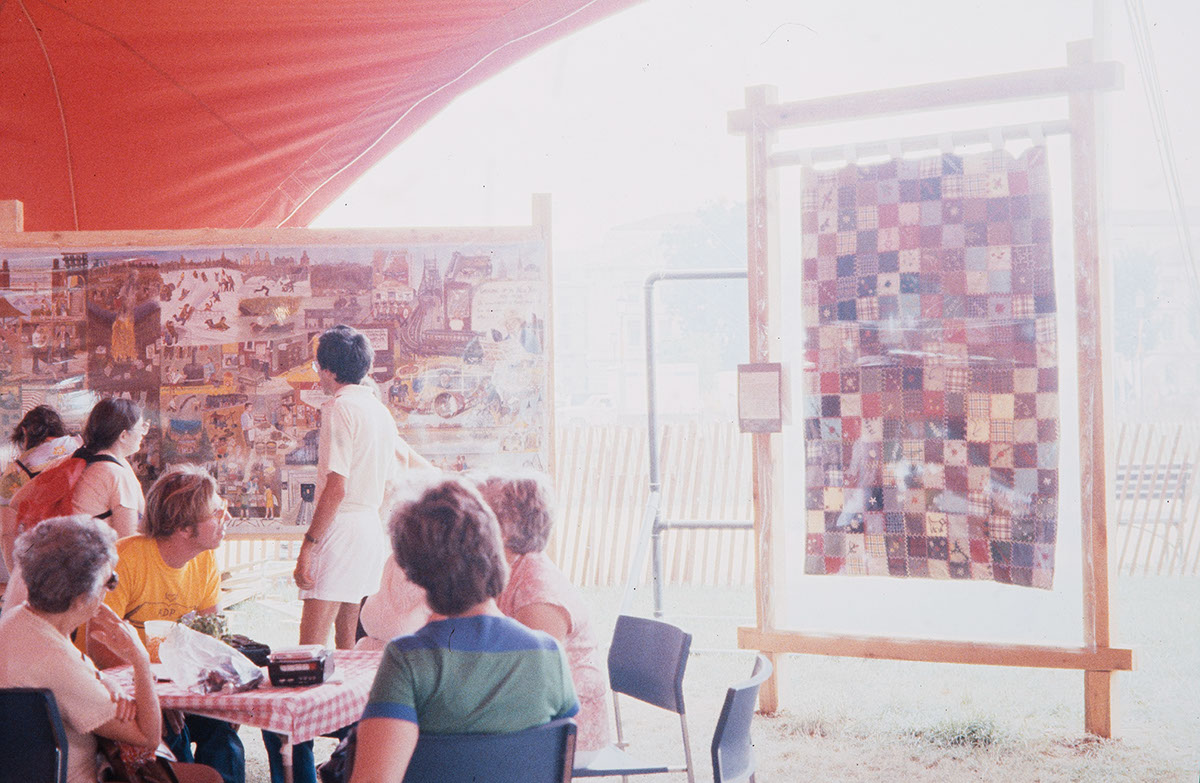 In "The Grand Generation: Folklore and Aging", the Smithsonian honored elder craftspeople, performers, cooks, and storytellers for maintaining the traditions that keep us in touch with our cultural foundations. This core of aesthetic and moral values helps to order and give meaning to our lives. In the eyes of organizers, the conservation role of these elders - the preserving and passing down of heritage - is much the same as that of the Smithsonian as a whole.

The program explored what seems to be an especially close relationship between the folk arts and the elderly. What we see, over and over again, not just in the United States but around the world, is that the three generations that overlap in their individual lifetimes interact in the following pattern: the grandparents inspire and instruct the children while the adult parents work to support and protect both the young and the old, until such time as they themselves become the grandparents and their own children take up the middle year tasks and a new generation of young ones comes along.

Our traditional arts are the essential preserve of experienced and senior practitioners. They often appear simple, but a lifetime may be needed to get them just exactly right. All this experience, all this devotion and skill turns to ashes if the human chain is not in working order, if there is no one to pass the art on to. Nevertheless, the program insisted, there are elderly people all over America, waiting only to be asked about their stories and folk art. Their memories and works are stored in boxes in cellars, in trunks, in attics; their poems are locked in drawers, needing only a witness to bring them to light, a recipient to complete the interchange that is requisite to all cultural transmission. Folk art is a means not only of communication across generations but at the same time assisting the elderly gain autonomy over their own images. By arranging for elders to present their own artistic works and interpretations of their culture in a context in which they see themselves as major figures, the Festival and other similar activities sought to enhance their self- worth and political empowerment.

The Grand Generation: Folklore and Aging was made possible through the generous support of the American Association of Retired Persons in celebration of 25 years of service to older Americans, the Atlantic Richfield Foundation, the National Institute on Aging, National Institutes of Health, and the Music Performance Trust Funds.

Folk Arts and the Elderly

The Folk Arts Program at the National Endowment for the Arts has distributed its second annual National Heritage Fellowships. So far, thirty-one individuals ...

All of Life's a Stage: The Aesthetics of Life Review

We think of growing up as something that happens in stages. The conventional stages of the human life cycle include infancy, childhood, adolescence, young ...

Life Not Death in Venice: The Transmission of an Endangered ...

Barbara Myerhoff
Professor of Anthropology at the University of Southern California

In 1971 I began an anthropological study of "Ethnicity and Aging," part of a larger project entitled "Social Contexts of Aging." Funded in part by the National

Foodways in a Festival Setting

In 1971, when I first became involved in the Festival of American Folklife as a fieldworker assigned to identify craftspeople for the presentation of traditions

Continuity and Tradition in Foodways

By the time Pablo Picasso was in his nineties he was able to dash off pen and ink drawings and produce large canvases without the careful thought of a young ...

Evolution of the Southern Potting Tradition

The southern potting tradition has evolved through three phases, each determined by the needs and living styles of its time: early lead-glazed earthenware ...