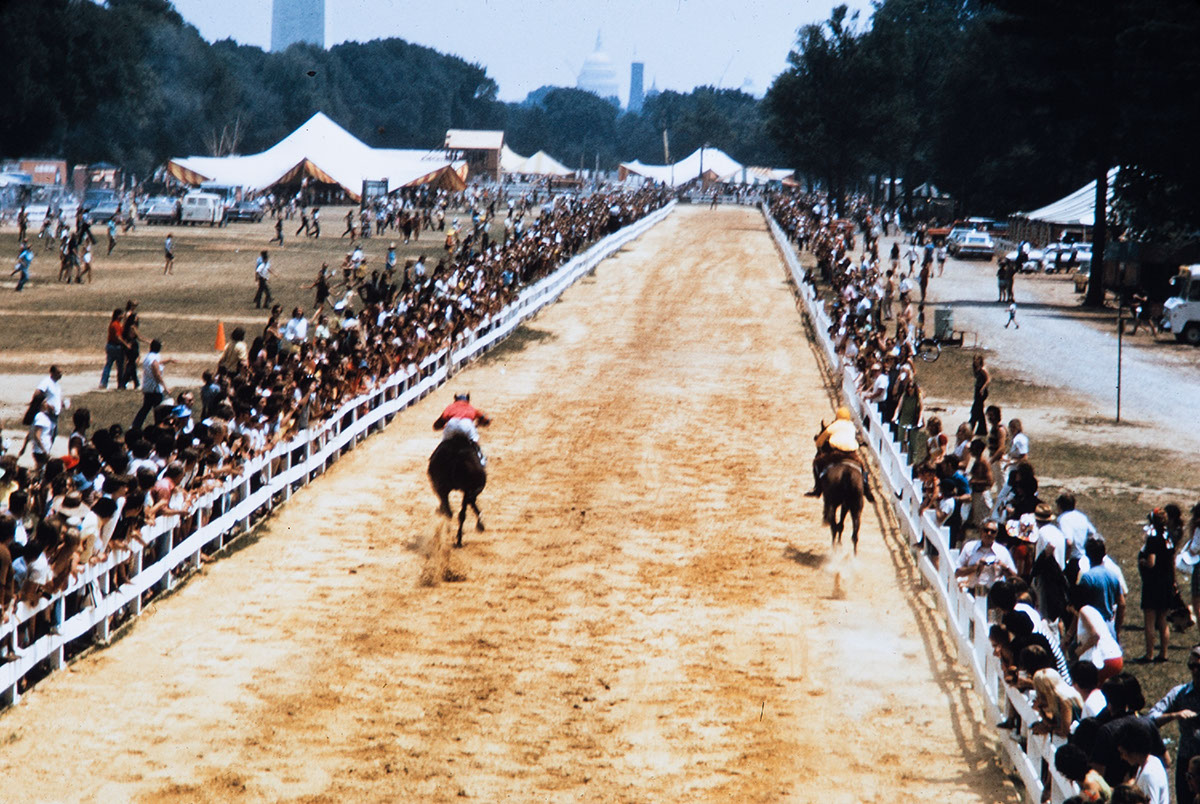 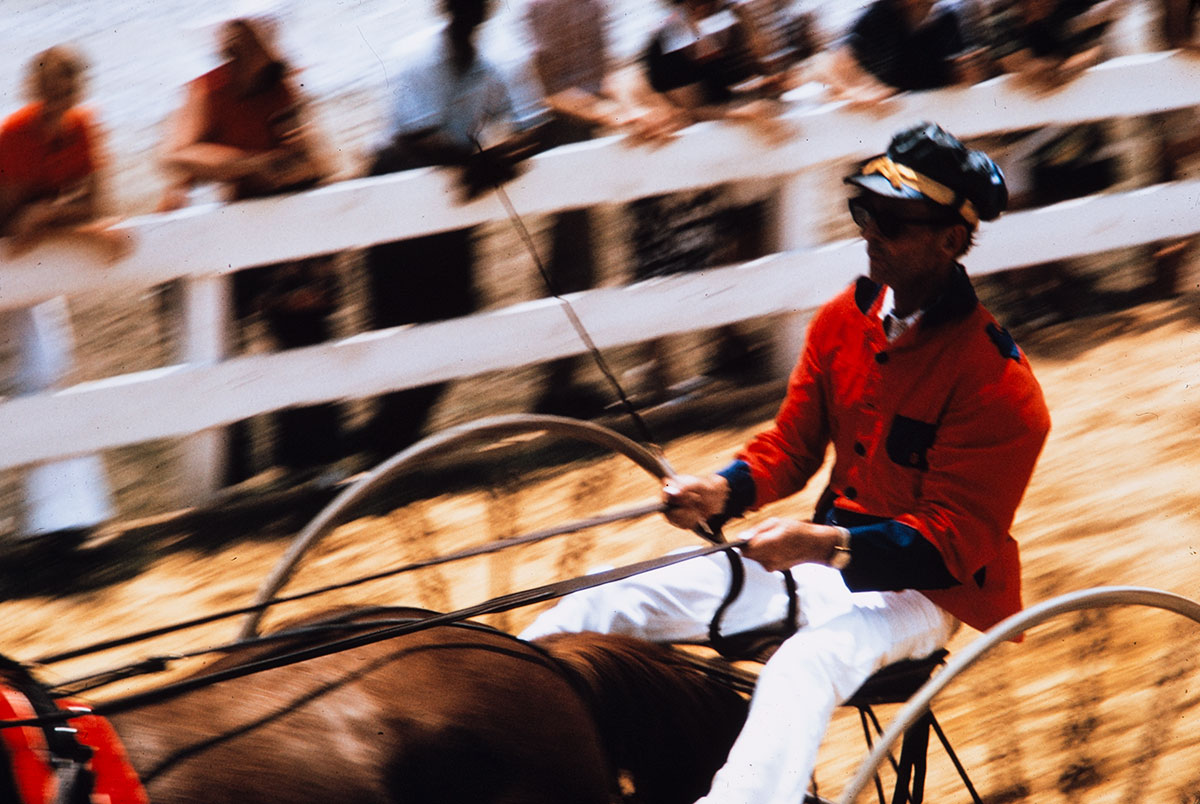 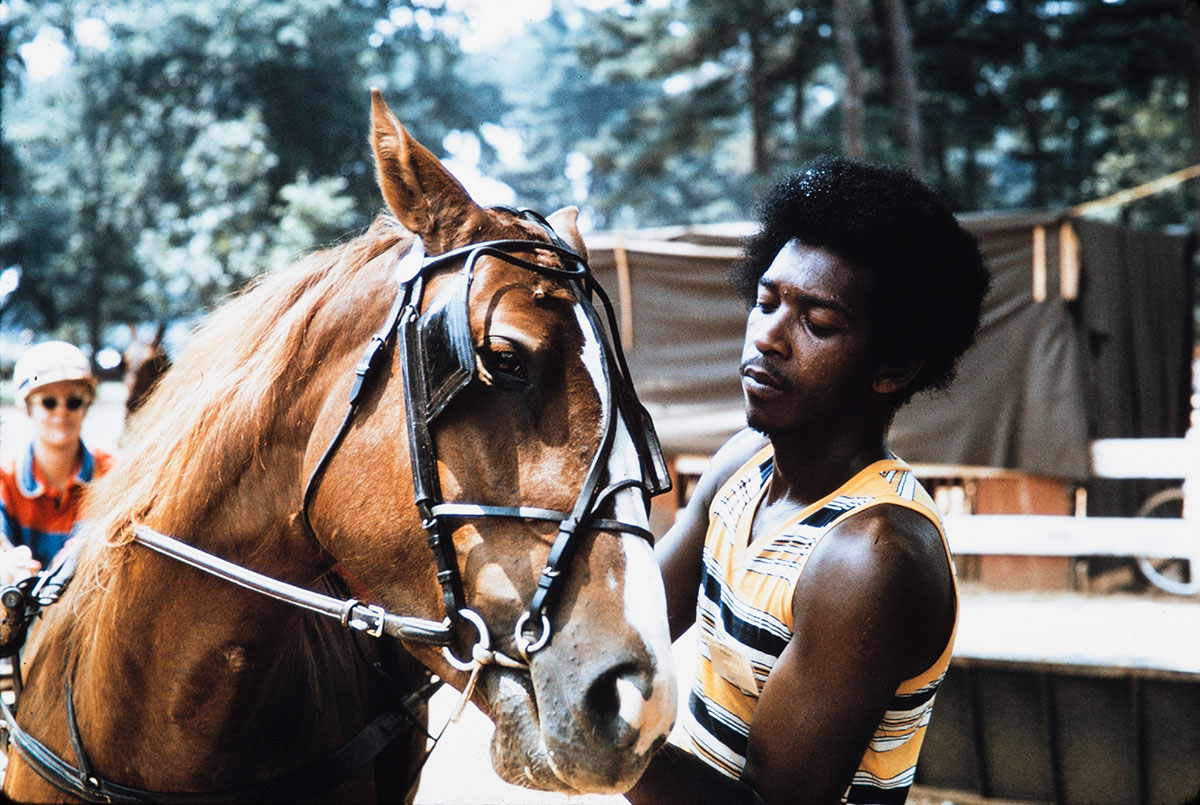 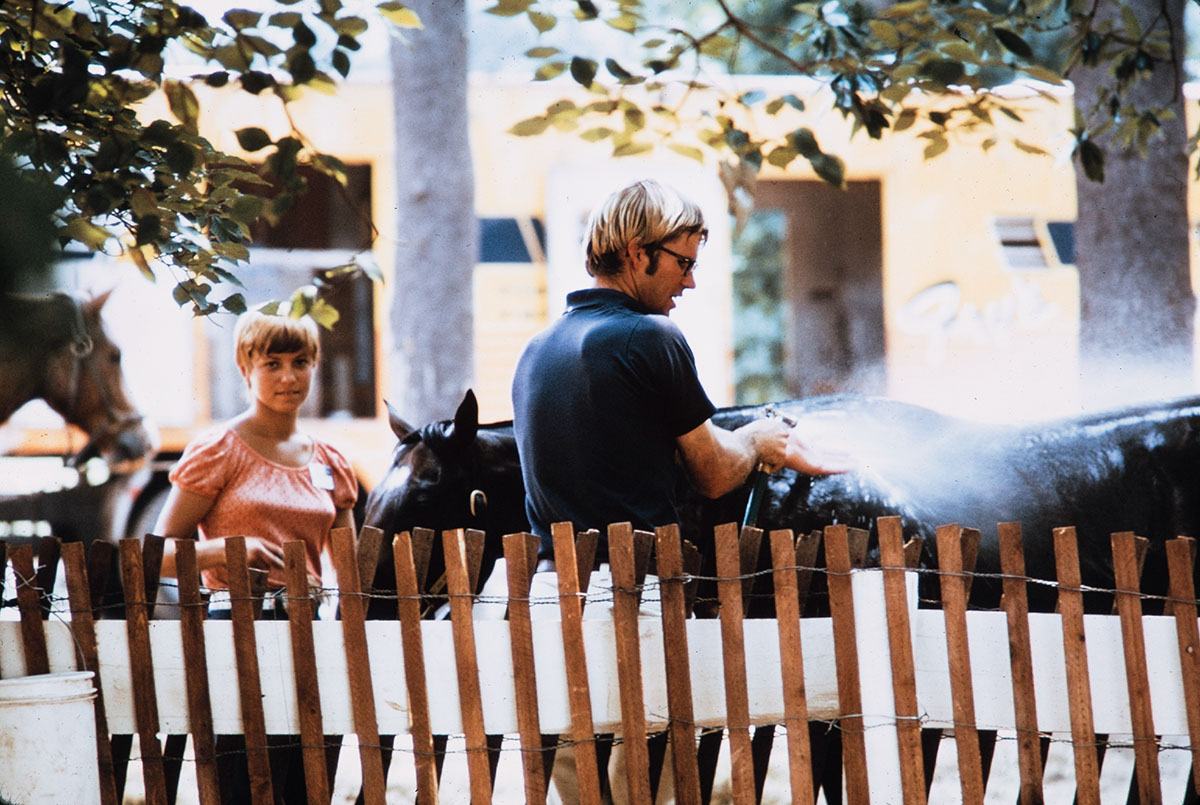 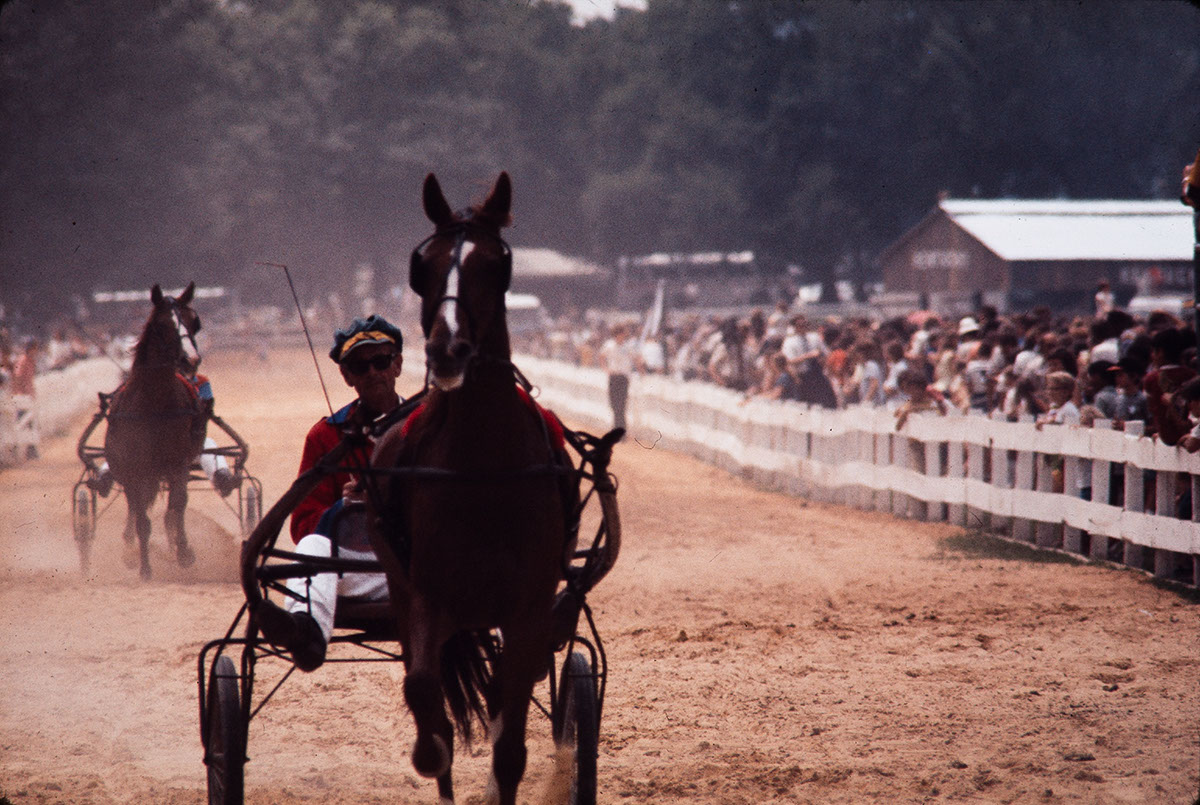 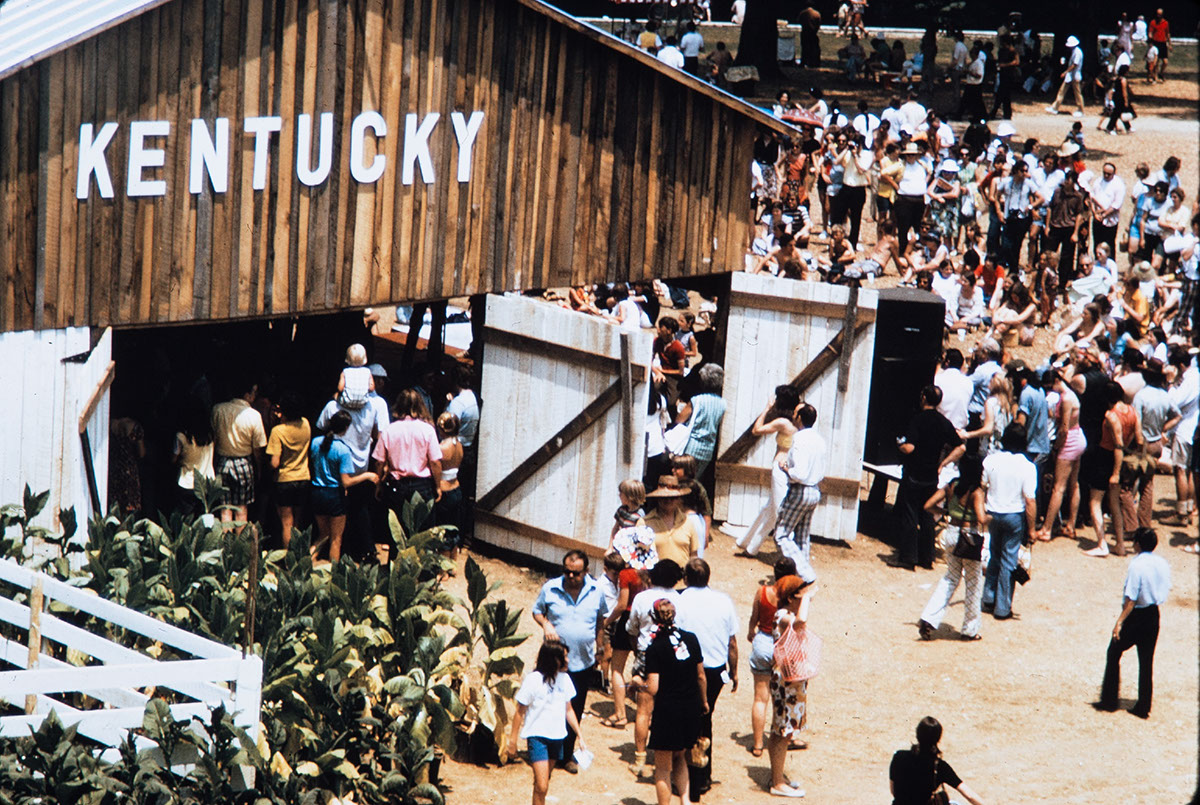 The Festival's practice of featuring one State continued in 1973 under the new rubric of "Regional America", in anticipation of the Bicentennial Festival in 1976. The Commonwealth of Kentucky was featured, allowing the Smithsonian's new partner, the National Park Service, to focus attention on three national parks in the Commonwealth: Abraham Lincoln Birthplace, Mammoth Cave, and Cumberland Gap. Festival activities centered around a Kentucky tobacco barn that hosted many of the musical performances and, on July 7, 1973, the second annual Smithsonian Fiddler's Convention. Kentucky's horse culture was also a central focus of the program, with a race track and show ring for daily presentations. Kentucky's important role as a center of American traditional music - from old time to bluegrass, blues and sacred music - was celebrated with many notable performers.

Richard H. Hulan served as Program Coordinator for the Regional America program, assisted by James Moon. Within Kentucky, a corporation was created to coordinate the cooperation, the Kentucky 1973 Festival of American Folklife, Inc., with major support coming from the office of the Governor and the Commonwealth of Kentucky Department of Public Information.

The dominant folk culture strains in Kentucky are of English, Scots-Irish and African ancestry. Every portion of the state exudes characteristics that bear the

For some 175 years Haskel Skaggs' kin have lived in Edmonson County, Kentucky. "Hack" works as a guide at Mammoth Cave National Park, which now comprises about

A Mr. King is known to have been among the first settlers of the Letcher County valley formed by what was later called Kingdom Come Creek. According to local ...

Since their formation, mountain chains have acted as barriers to migration just as the passes through them have been funnels for movement and travel. A famous ...

Tiny Hodgenville (pop. 2600), County Seat of Larue County in Central Kentucky is celebrated as the birthplace of Abraham Lincoln, the nation's 16th President, ...

There is one genre of traditional music in America which, more than any other, is both widespread and healthy in the 1970's. That genre is folk hymnody. The ...

A Note on Fiddle Music in American Life

Fiddle music has been a part of American life since the time of the first permanent settlements by colonists from the British Isles and France. The rich ...

Quilting - A Tradition of Ingenuity, Imagination and Skill

Quiltmaking is a traditional American art form which continues to be a vital part of contemporary life. Quilts are to be found in every state of the union. Even