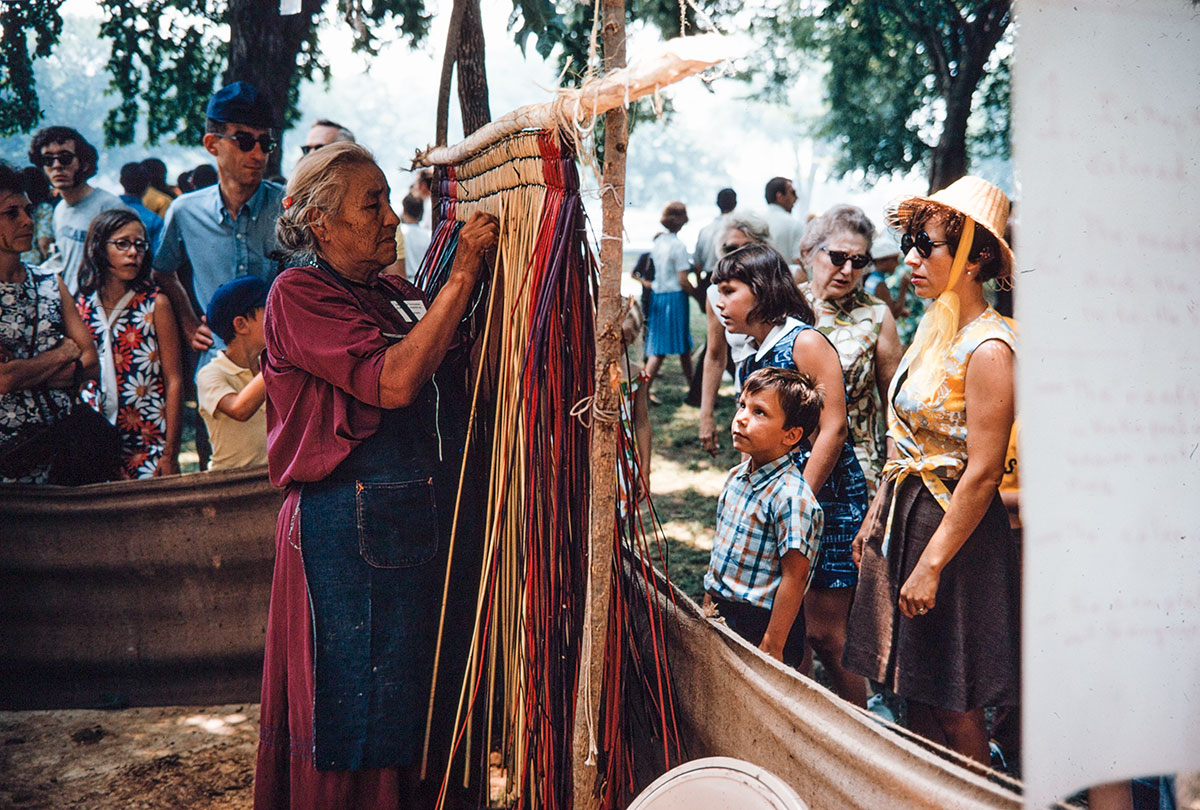 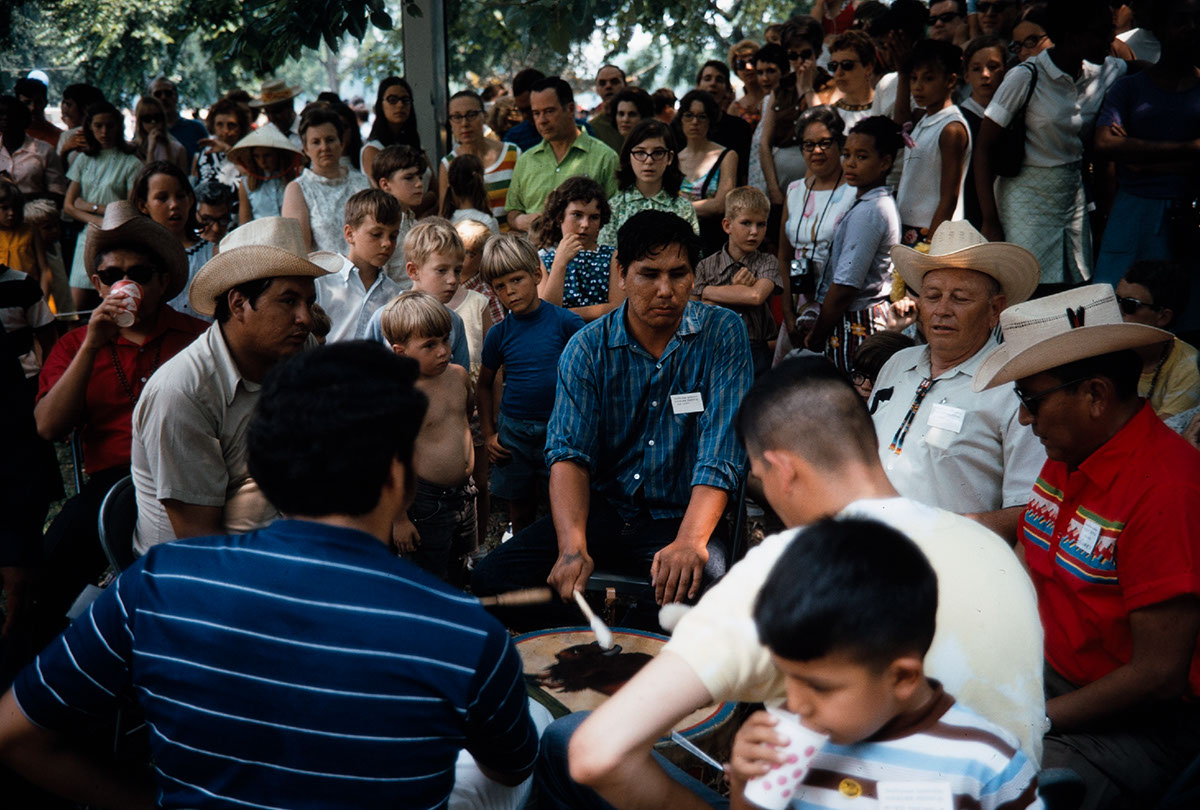 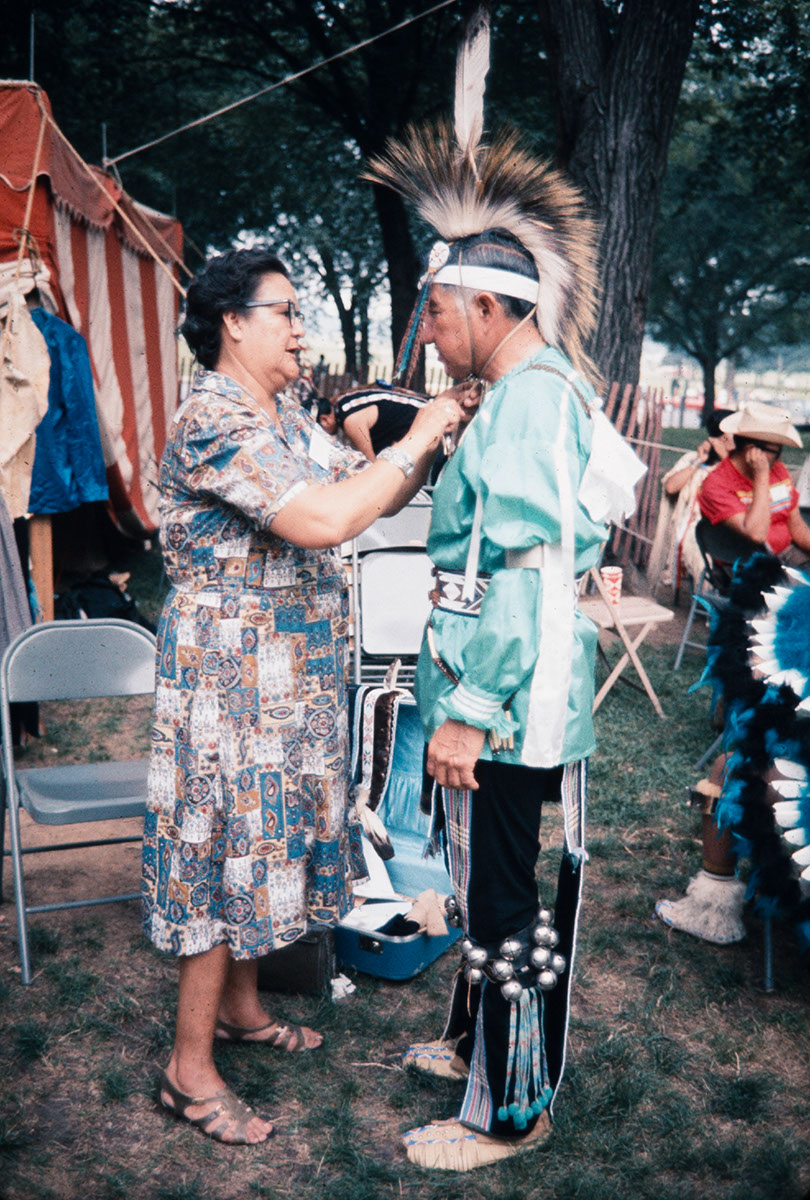 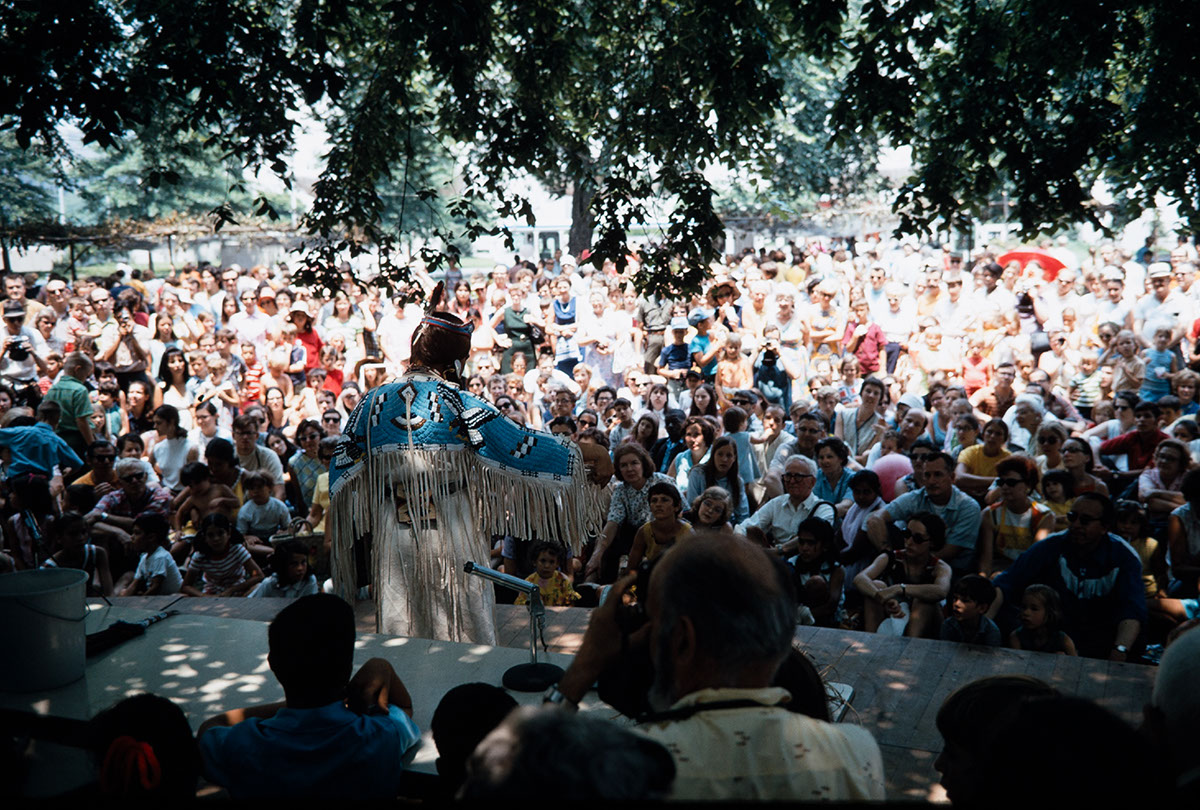 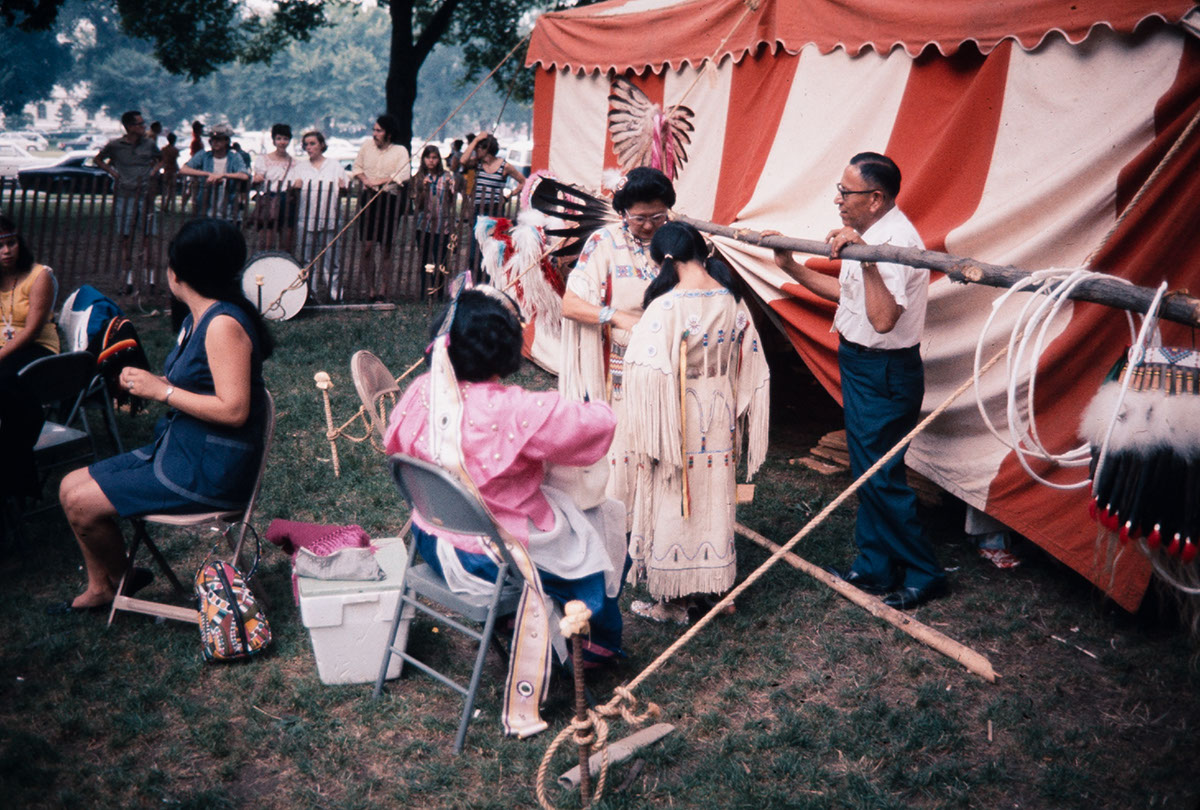 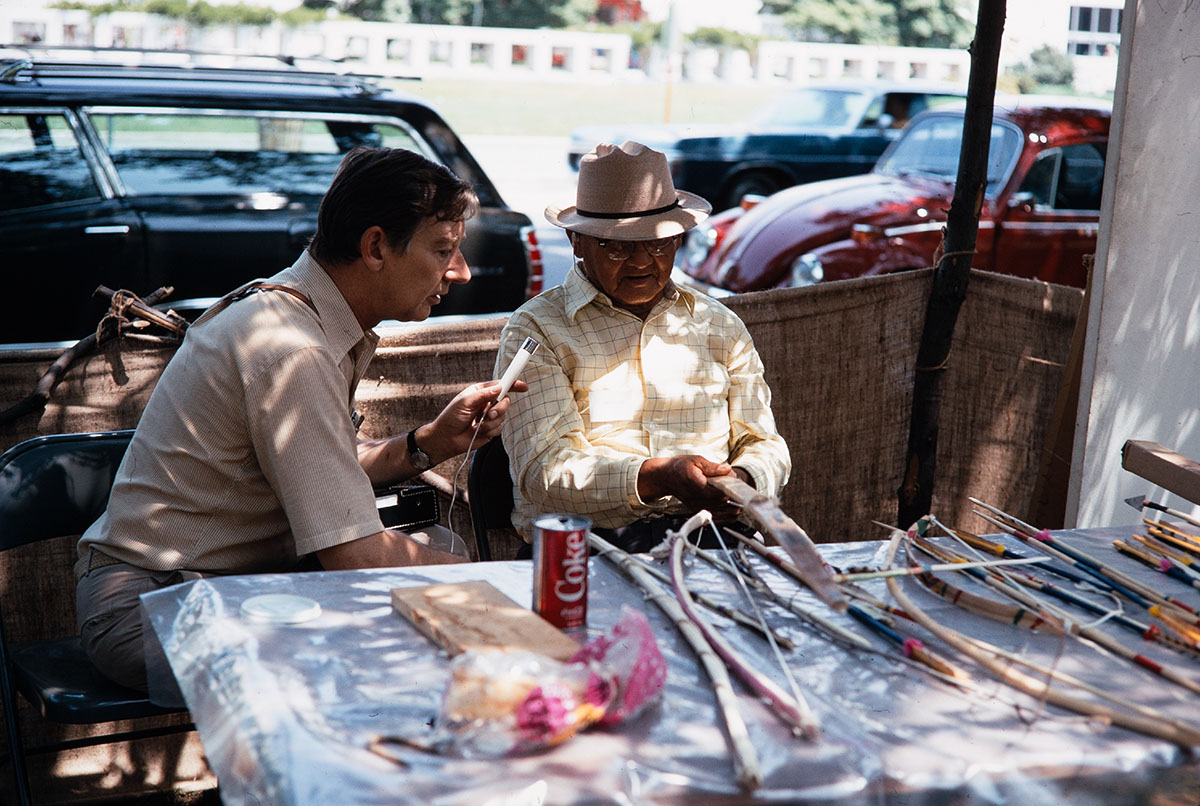 A six year program displaying aspects of Indian American life was initiated at the 1970 Festival, intended to culminate in a large, nationally representative event for the Bicentennial in 1976. The annual programs planned to concentrate each year on a region to provide an in-depth view of Indian cultural materials. Crafts, dance, music and foods plus an exchange of ideas on major aspects of Indian life comprised the programs. For 1970, Indians of the Southern Plains were featured in a series of presentations. Phillips Petroleum lent its corporate jet to fly some sixty American Indian participants from Oklahoma, many chosen from existing networks of friends and relations. Participants presented crafts and musical performances at the Indian Area stage, with nightly pow wows at the center of the Mall.

More Indian tribes live in Oklahoma than in any other state. Many of them are descendants of tribesmen who lived on lands east of the Mississippi, and who were

The History of American Indian Research at the Smithsonian

The study of North American Indians was one of the original interests of the Smithsonian Institution. In fact, the first scientific report it published dealt ...