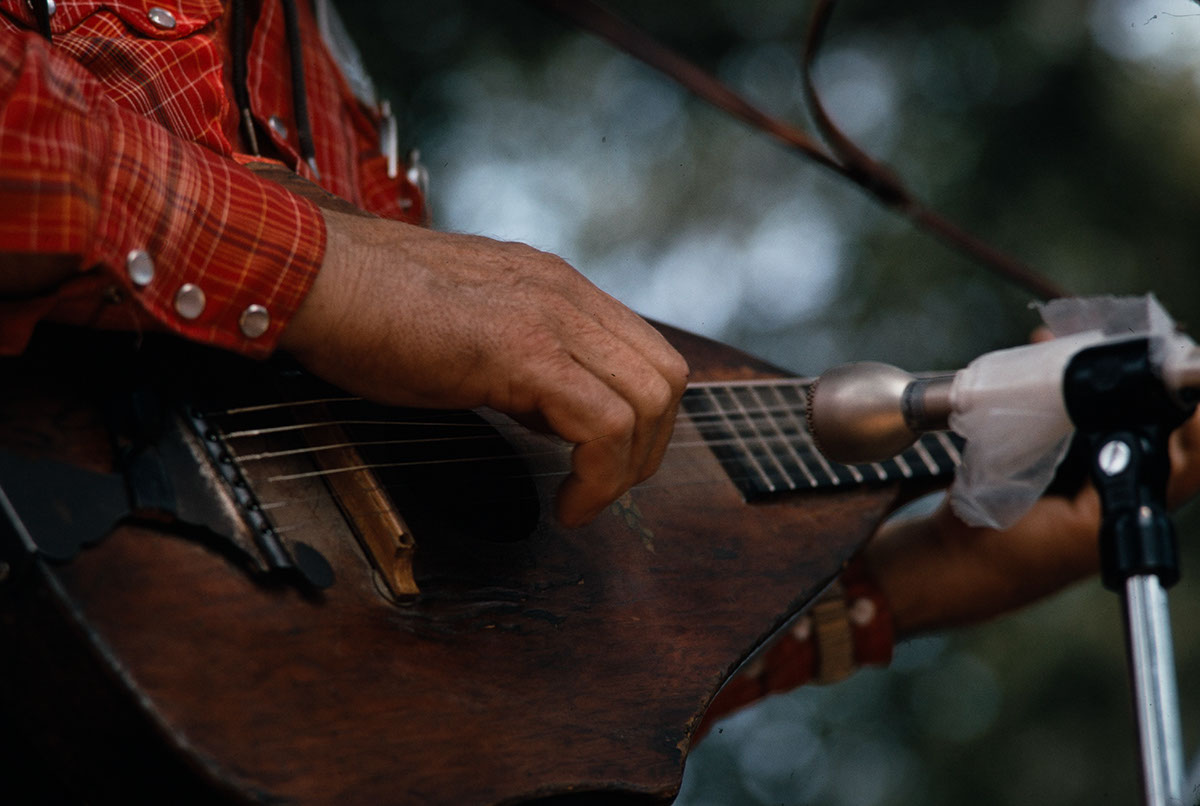 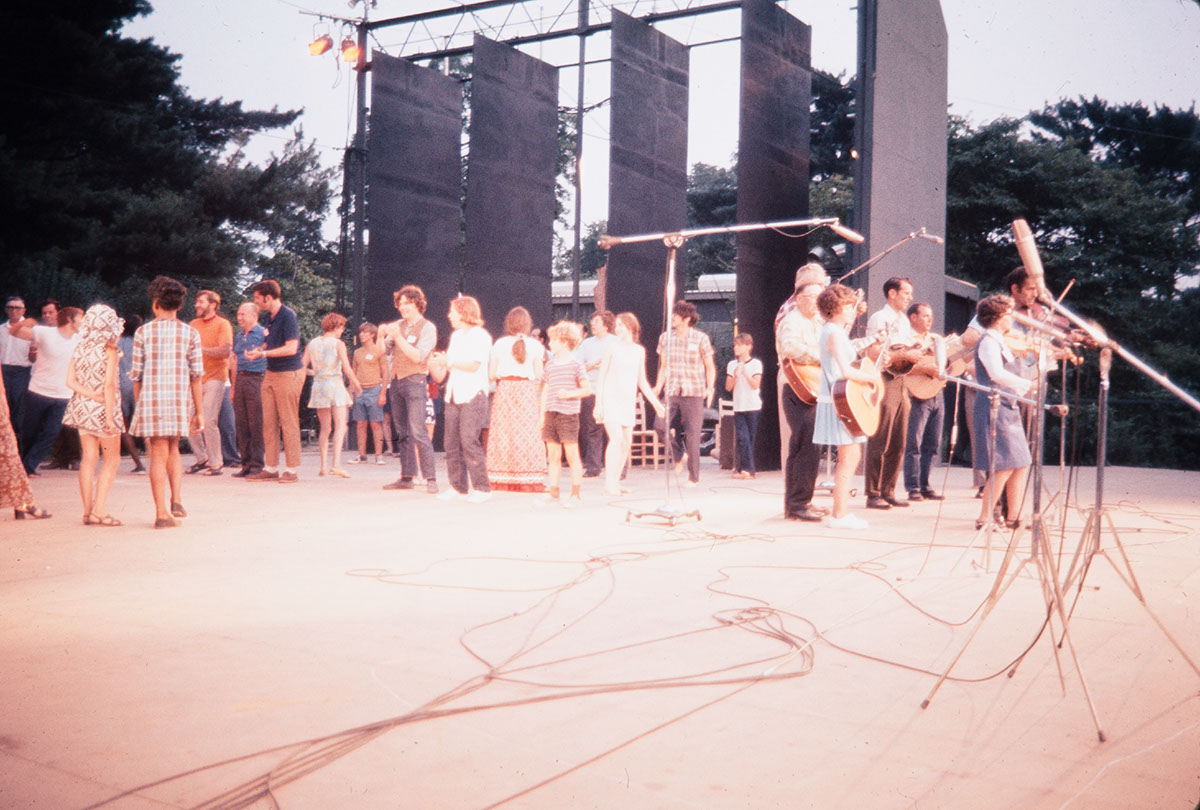 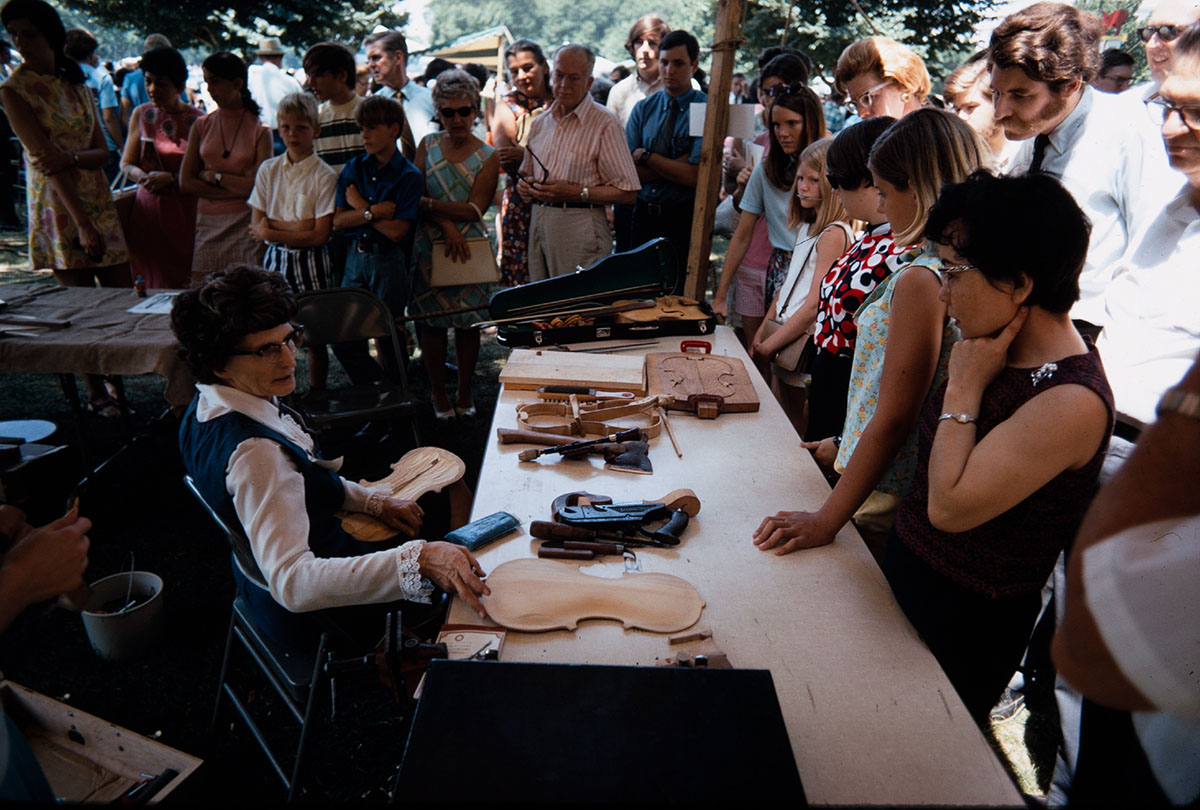 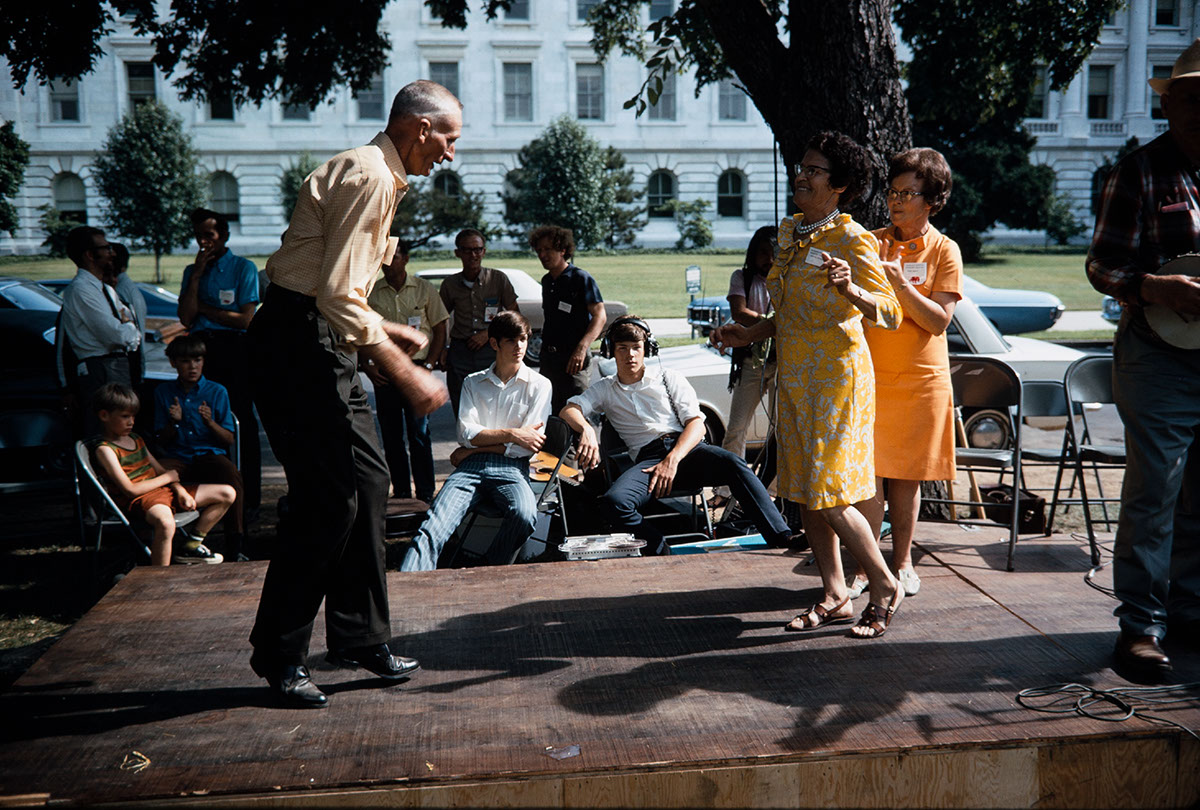 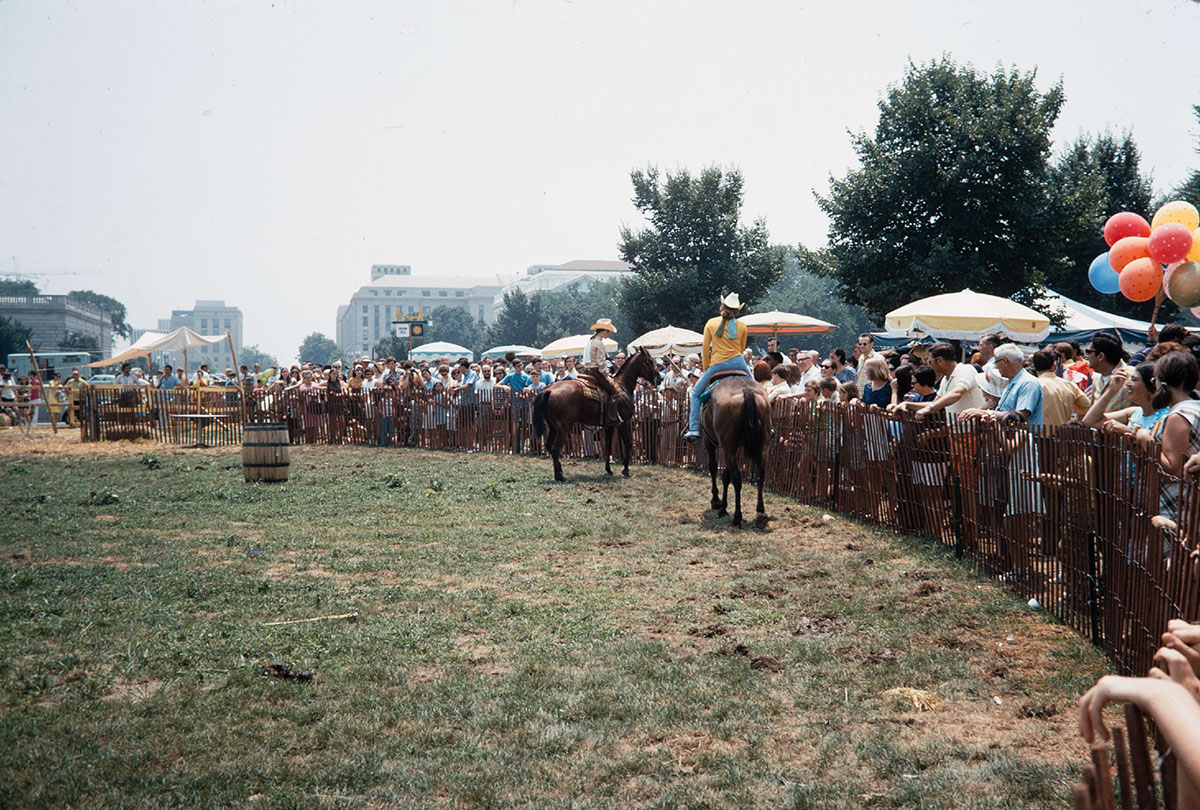 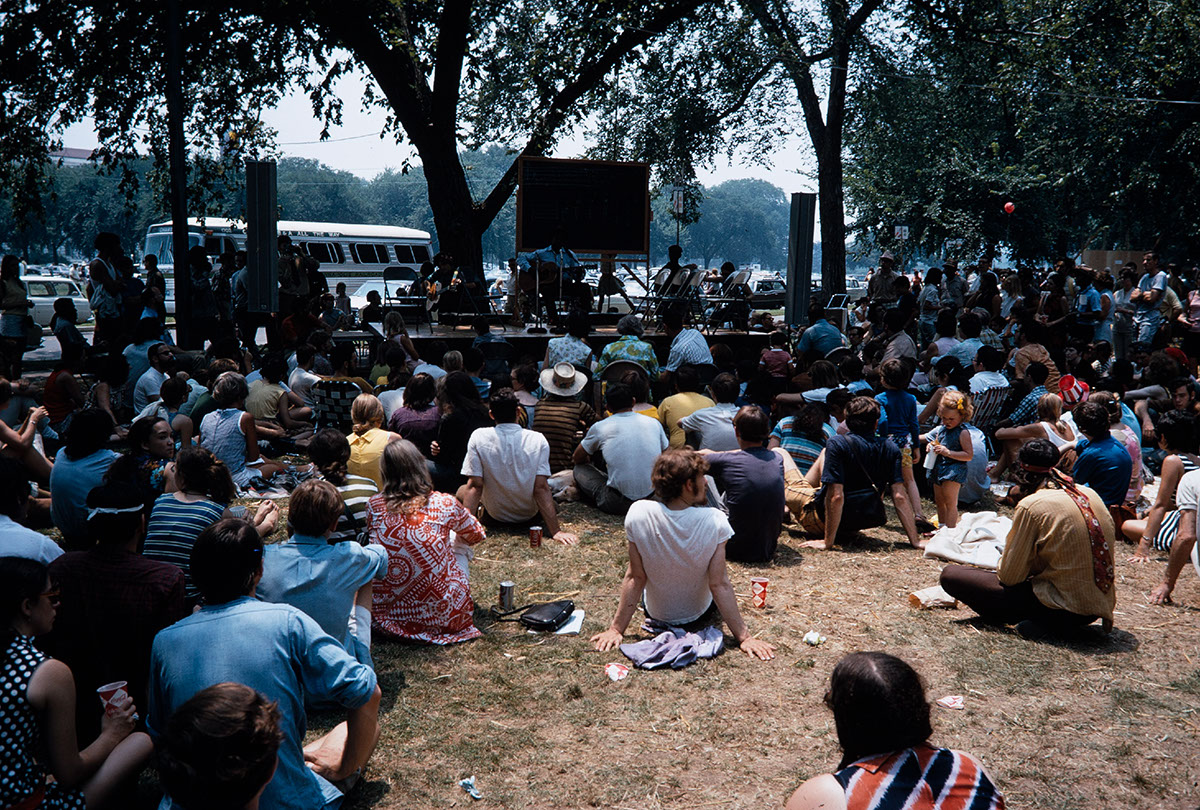 The third program to focus on a particular State, the Arkansas presentations at the 1970 Festival sought to give visitors an overview of the State's folklife and to present an intensive picture of the persistence and variety of the area's folk cultural patterns. The Swiss and Italians who settled in Arkansas in the late nineteenth century with the black farmers of the delta and with the mountaineers, whose forebears hailed from Britain, are contributors to the patchwork of traditional cultures characterizing the State of Arkansas. Festival programming sought to emphasize this diversity and mutual influence. Musician Jimmy Driftwood loaded up a bus with dozens of his friends and neighbors from Mountain View and nearby Ozark communities and drove two days to Washington. Other presentations included electric blues from West Memphis and black gospel singing, as well as various string band traditions. Craft presentations included chairmakers, musical instrument makers, tool makers, and decorative arts, as well as makers of wine and sorghum.

Sponsorship for the Arkansas presentation came from the Honorable Winthrop Rockefeller, Governor of Arkansas, the Arkansas State Parks Recreation-Travel, and the Crossett Art League.

The Swiss and Italians who settled in Arkansas in the late nineteenth century with the black farmers of the delta and with the mountaineers, whose forebears ...

JRM: When did you first begin to perform music?

JD: Now that depends on what you're talking about performing, you know, in big public or around little school ...

Mister, Can You Tell Me Where This Road Goes?'

It's just about dusk.

Two men are standing on the porch of a small grocery store, telling things to a stranger.