< Previous | Next >
1991 Festival of American Folklife 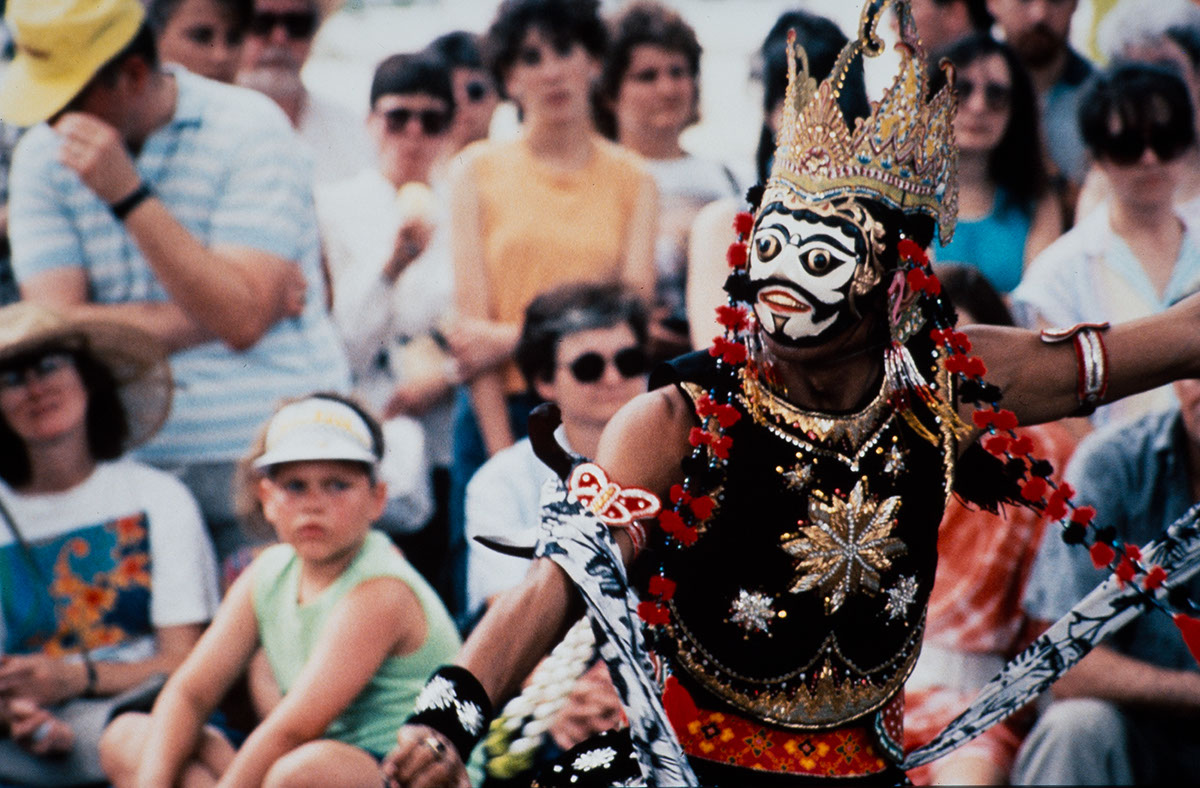 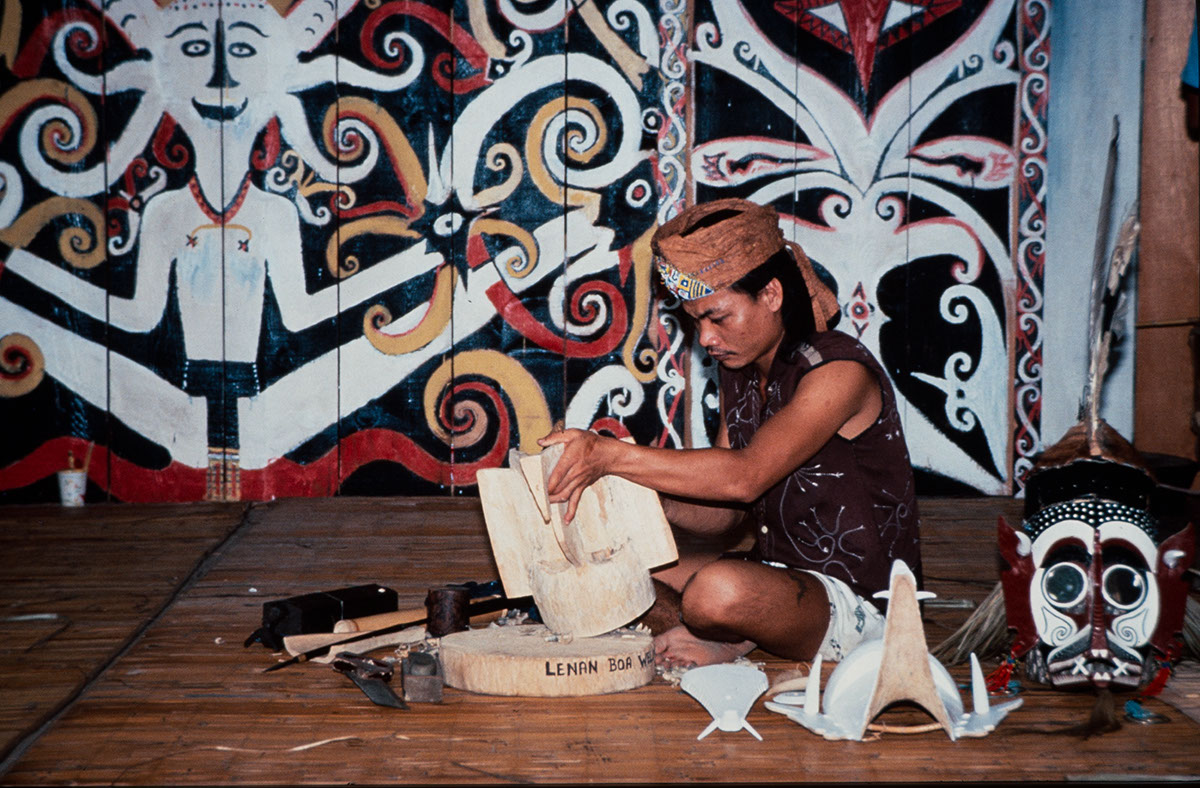 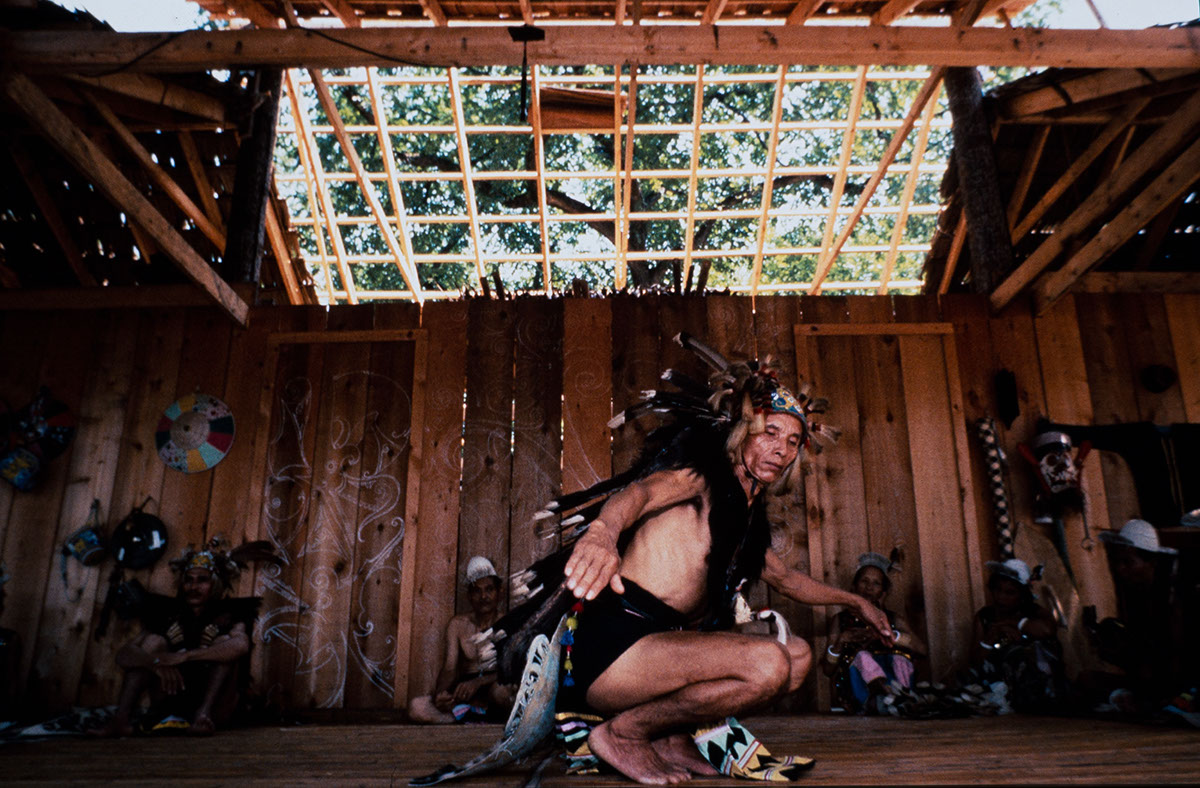 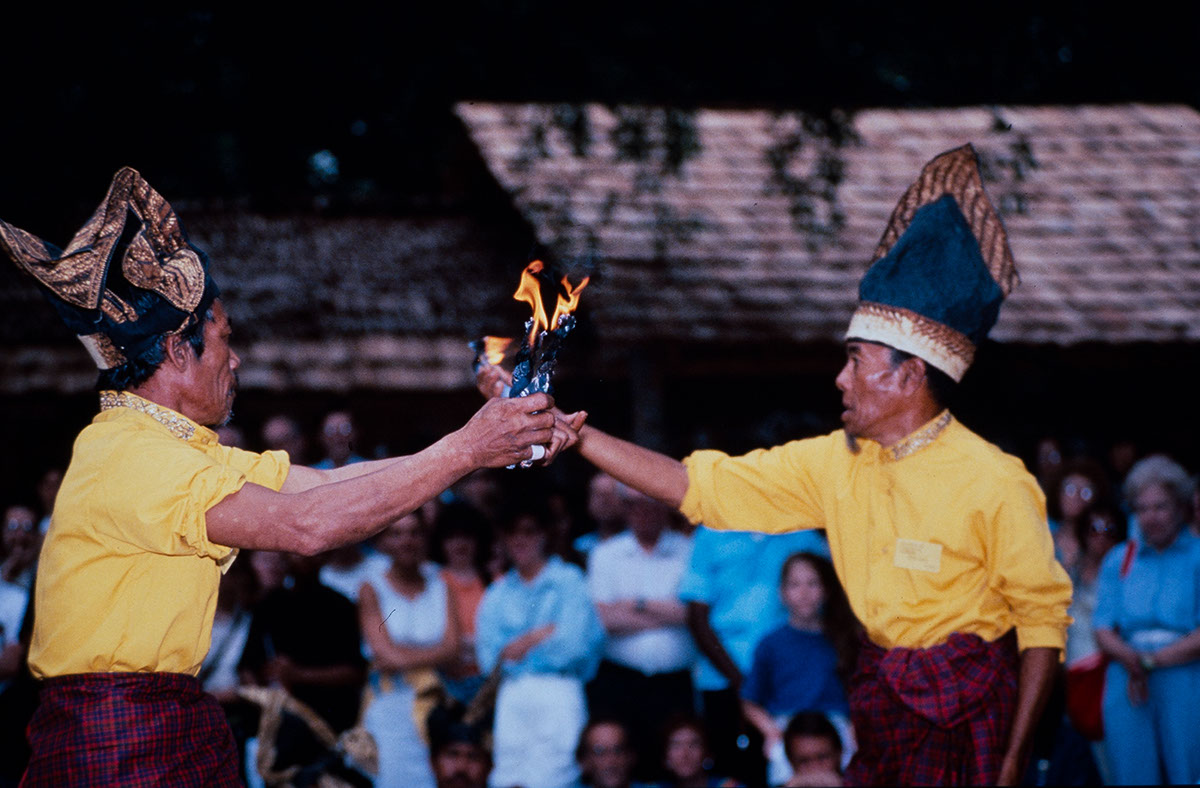 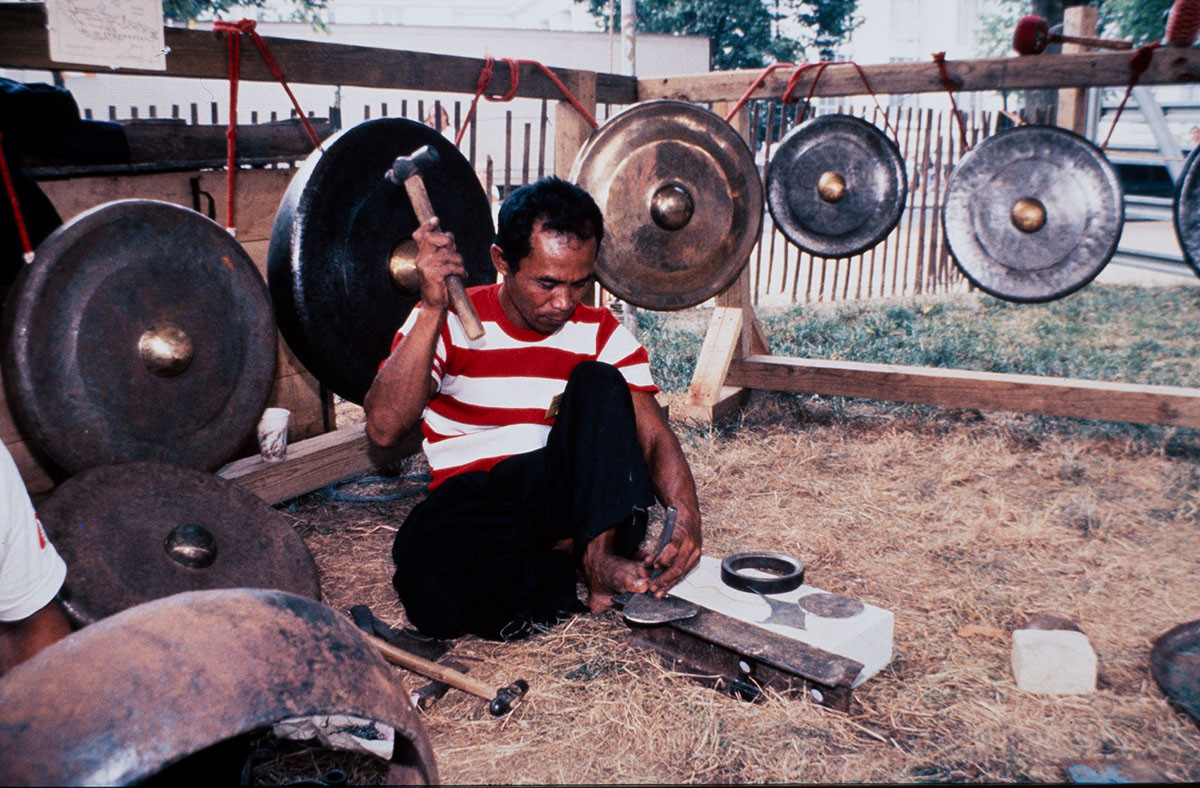 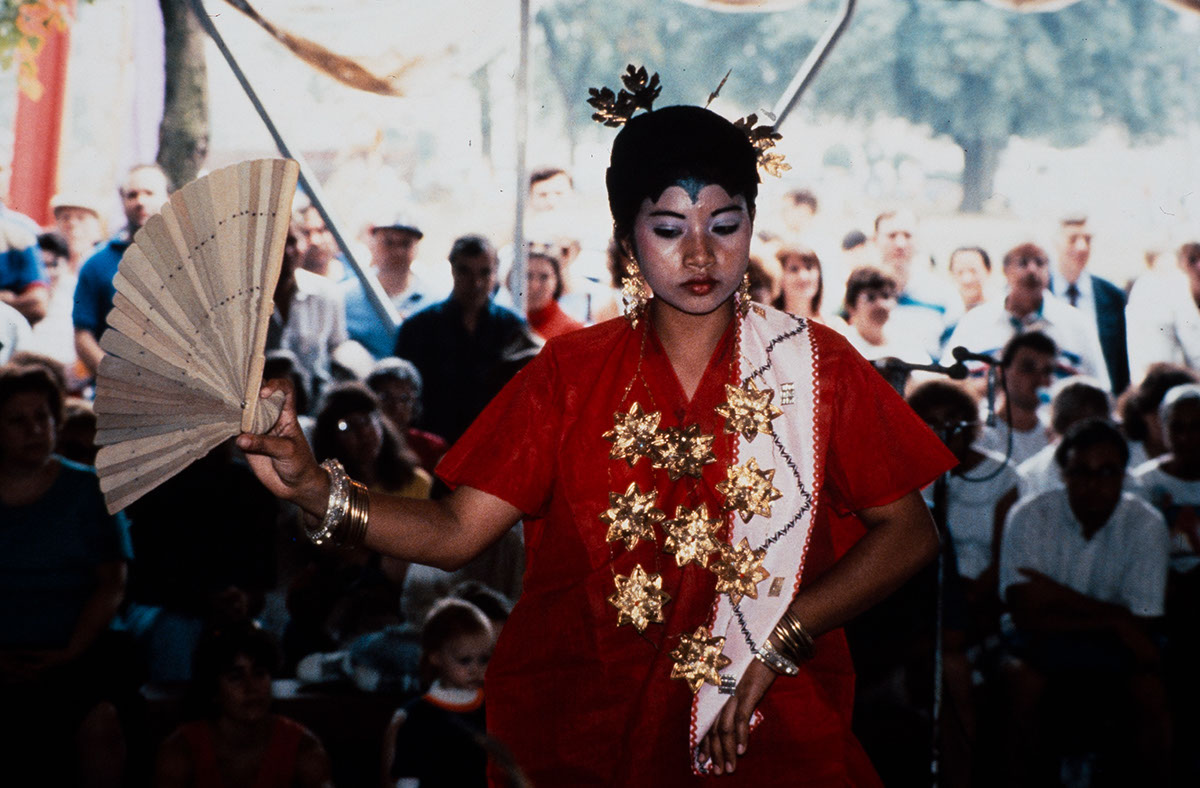 Indonesia is the fifth most populous country in the world with a population of over 180 million, a land of enormous cultural diversity with 300 distinct ethnic groups living on more than 1,000 islands distributed across 3,000 miles of ocean. How could the Festival approach such a complex nation and bring it to the National Mall?

Examples of cultural adaptations by people from three Indonesian provinces to vastly different environments were selected to provide an introduction to Indonesia's great diversity - Kenyah and Modang people living in the lowland and upland forests of East Kalimantan, Bugis and Makassarese maritime people living in coastal South Sulawesi, and rural Javanese and Madurese agriculturalists living in coastal and inland East Java. These communities displayed some of the indigenous skills and traditional knowledge that have developed in environments outside the urban centers and fertile river valleys of the Indonesian heartland. Together, these rich traditions are the expression of a civilization whose cultural sources - local, Hindu, Buddhist, Islamic - are as complex as any on earth.

Kenyah and Modang people of Kalimantan showed visitors how they have made life possible and meaningful in the rainforest. Festival-goers could witness their careful use of indigenous plants for medicine, trees for vernacular longhouses, and other forest products for aesthetic and religious practices. Buginese and Makassarese boatbuilders, seafarers, cooks, and silk makers demonstrated skills they use to live with and from the sea - the economic trade and natural bounty it has historically provided. And from East Java came village agriculturalists, rice farmers of that island's rich soil who have developed an intricate fabric of social, material, and performance arts. Performers from four artistic traditions came from East Java to the Festival, presenting peasant batik from Tuban on the north coast, which uses handwoven cotton; masked dance-drama of Madura, based on stories from the Indian epics, Mahabharata and Ramayana; gandrung social dance of Banyuwangi; and the music and dance performance known as reyog from the region of Ponorogo on the western side of the Province.

Forest, Field and Sea: Folklife in Indonesia was part of the Festival of Indonesia 1990-1991 and was made possible with the support of Yayasan Nusantara Jaya, Garuda Indonesia Airlines, and American President Lines.

Forest, Field and Sea: Cultural Diversity in the Indonesian ...

On the Indonesian national emblem the 14th century Hindu-Javanese phrase, Bhinneka Tunggal Ika, "Unity in Diversity," appears on a banner clutched in the talons

Longhouses are large dwellings built by the Kenyah, Bahau, Modang, Lun Dayeh, and other peoples of the interior highlands of East Kalimantan and surrounding ...

Longhouses, the characteristic dwelling of many Dayak groups, require a great many plant species for building materials. To sustain their supply of materials, ...

The rich earth of the volcanic islands of Java and Madura has nurtured its people for millennia: Sundanese in western Java, Javanese in central and eastern Java

For many centuries before European colonial powers came to Indonesia, trade was carried on throughout the archipelago. Makassarese and Buginese islanders ...