Mali: From Timbuktu to Washington 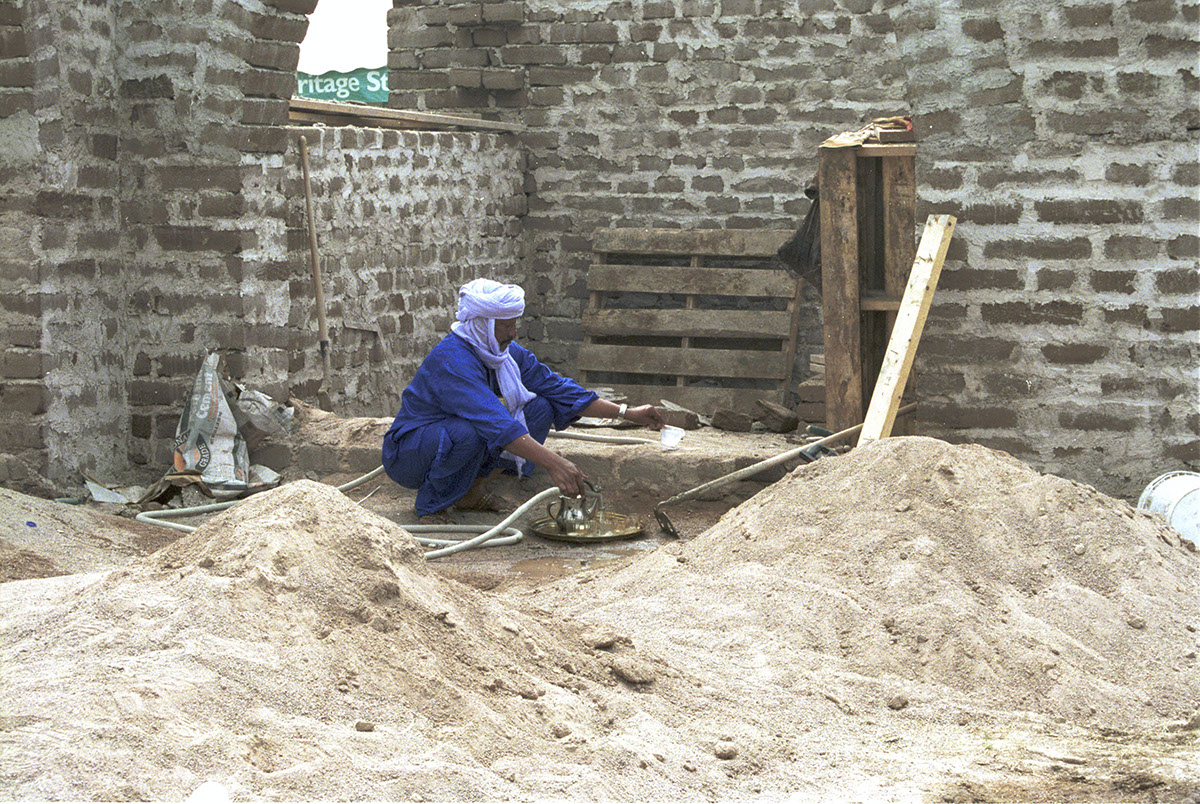 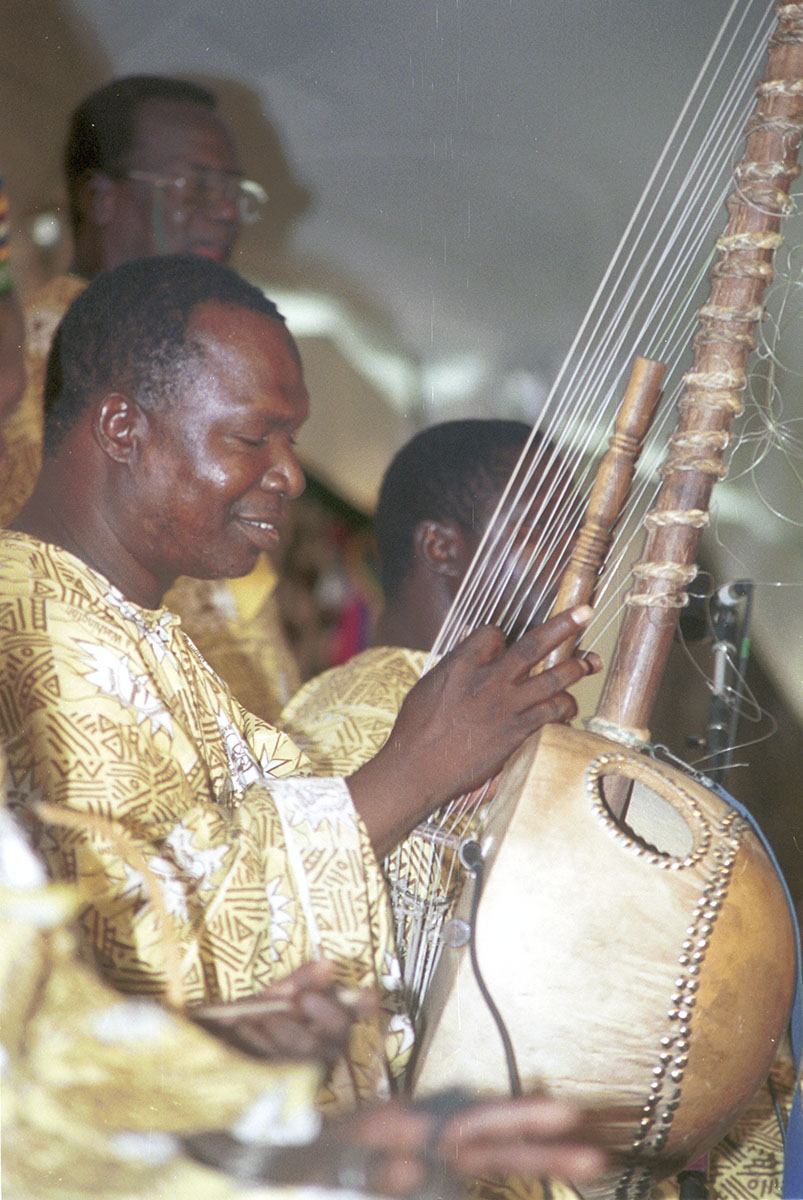 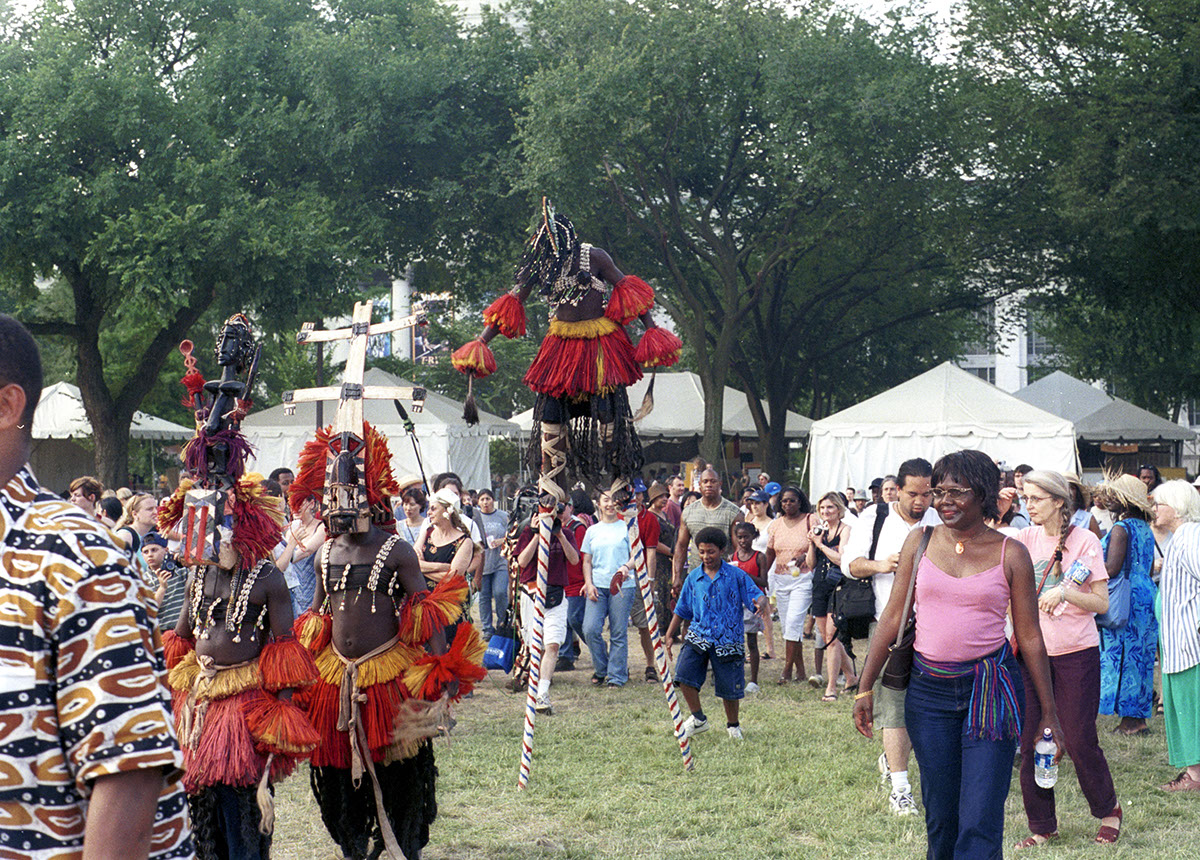 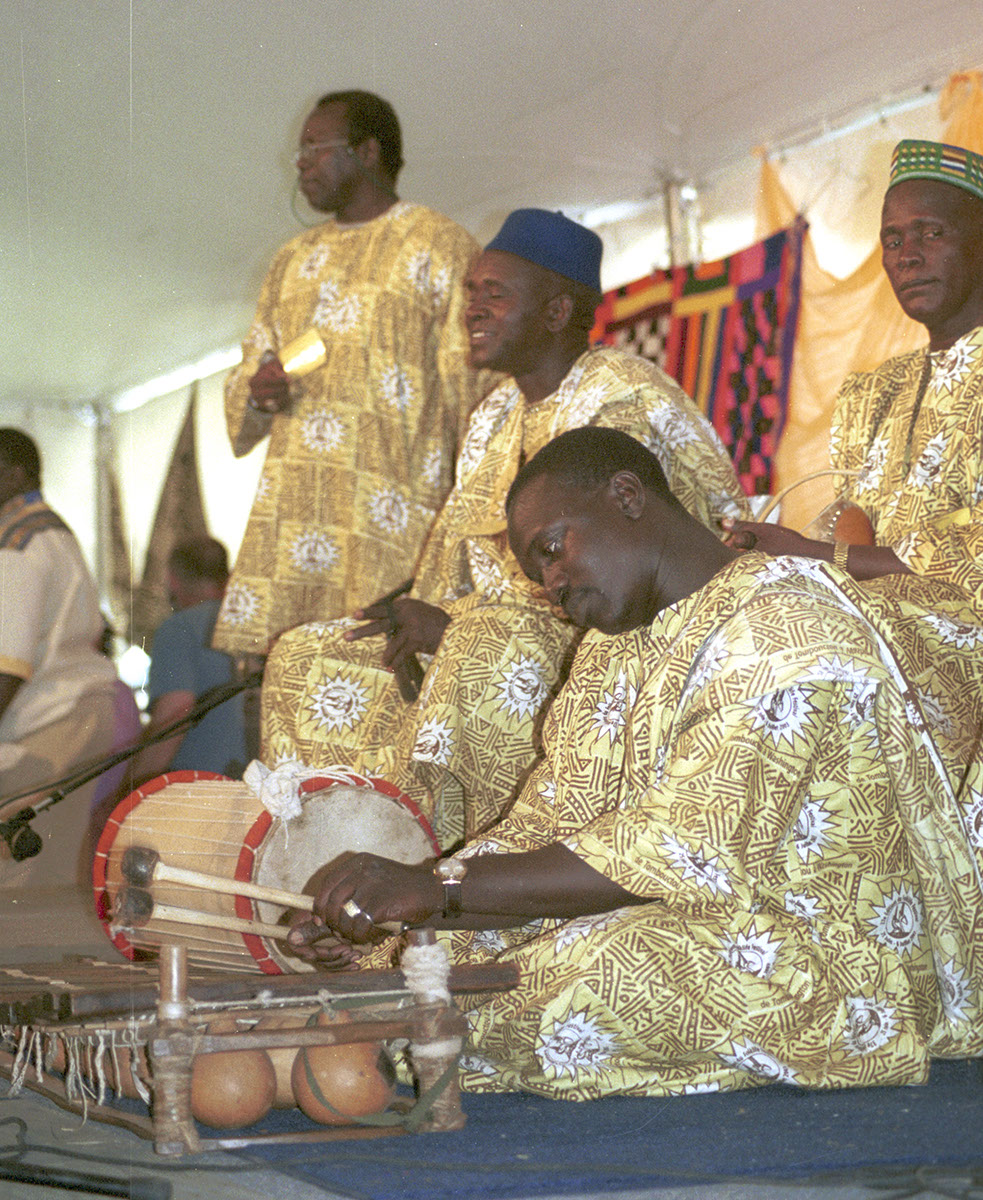 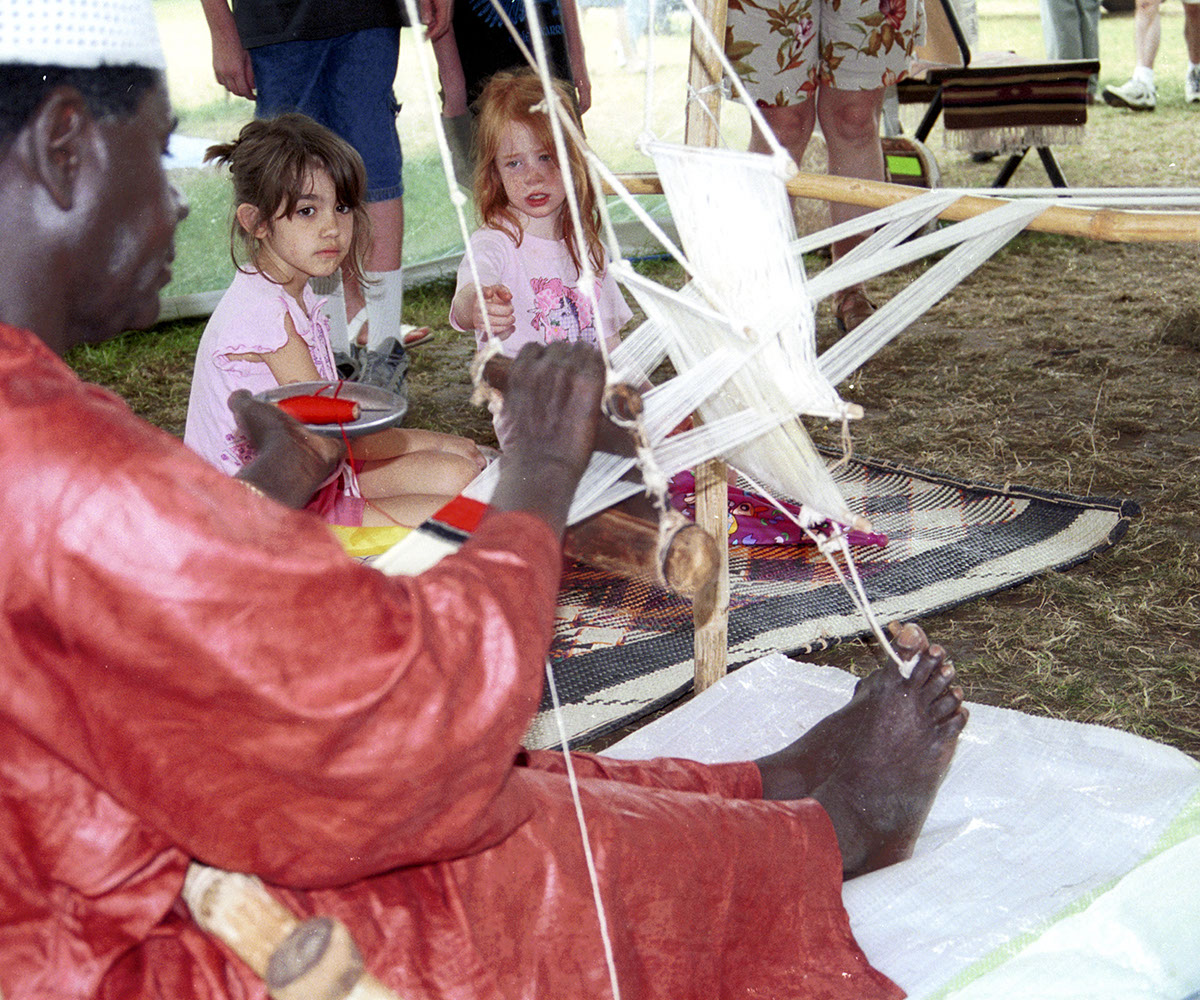 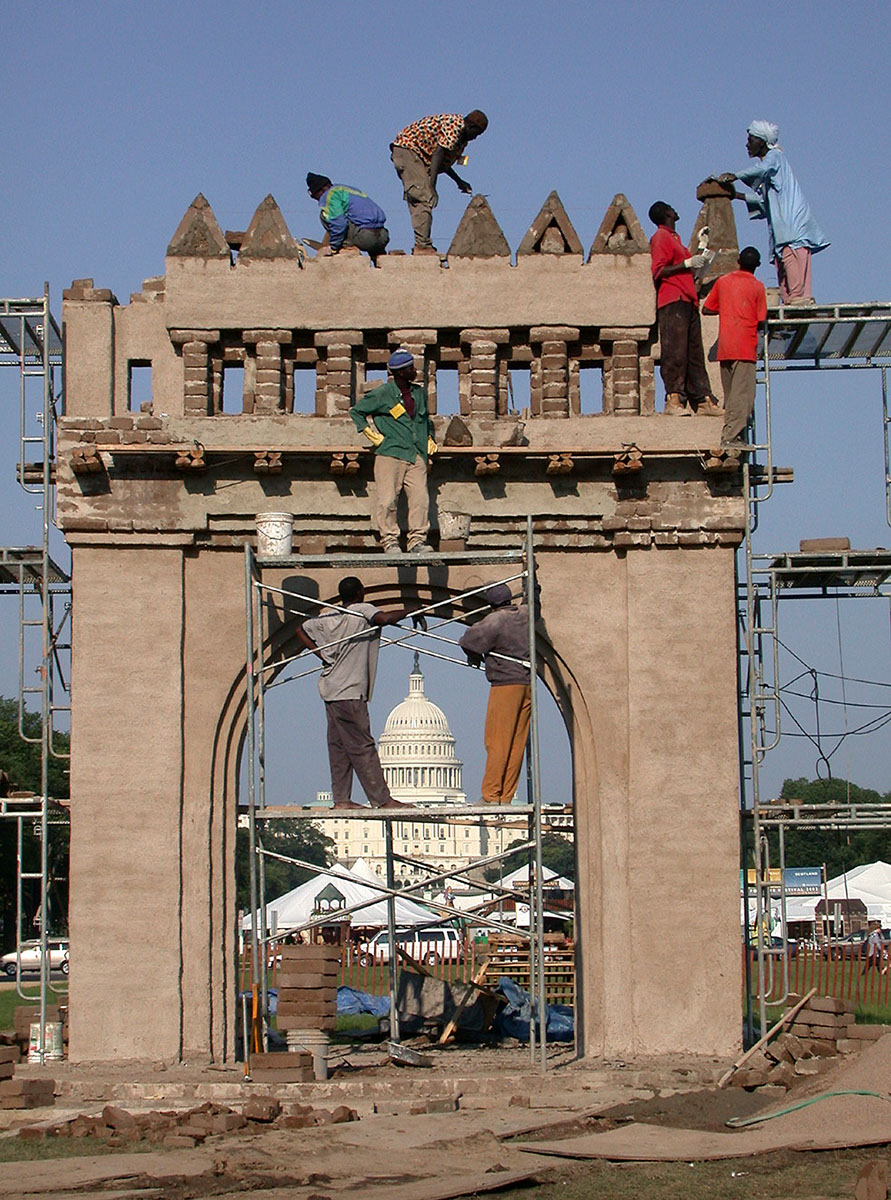 The 2003 Mali program was an invitation to think about Mali and her important place in the wider world. Mali's influence in West Africa and beyond has been felt for centuries. But her regional, continental, and global connections are not just part of the past. The Festival program also demonstrated Malians' ongoing interest in actively forging new links worldwide.

From Timbuktu to Washington evolved over five years, from a wish and an idea to a fully developed and exciting program of musical performances and cultural activities. Planning was enhanced by the previous relationships, both personal and institutional, between the Smithsonian and Malian cultural institutions and was supported by the Malian government and U.S. agencies in Mali. Malian organizers thoughtfully deliberated about what to share with American visitors and determined how Malian culture in all its diversity should be represented.

Traditional music is a vibrant expression of Mali's cultural diversity and wealth. Each ethnic group and region is characterized by certain musical rhythms, instruments, and compositions - a tremendous diversity of which were reflected in the Festival program. Music is involved in all aspects of life, marking birth, work, marriage, religious ceremonies, and death. For the Malian people, music is fundamental and essential to life: it has a precise function and meaning, and it is inextricably linked to a set of doctrines, ideals, beliefs, and practices whose coherence constitutes the identity of each group. Since beliefs about music are often associated with beliefs about the origin of both music and the ethnic group that performs it, the perpetuation of music is a matter of considerable importance.

Malian crafts are a legacy from the past but also very much a part of the present - and the future. People generally think of crafts as the artistic expression of a civilization or culture, but they are much more. Crafts are an important economic resource for Malians, and in 1995 the government adopted a Craft Code to protect and develop craft activity, which the code defined as all basically manual extraction, transformation, or production of goods or services, in metalwork (such as tool-making and appliance repair), woodwork (from carpentry to paper-making), textile and leather work (such as tailoring and tanning), mining and building trades, food processing and preparation (from meat-cutting to milling grain), health and body care (from hairdressing to incense-making), as well as arts. Crafts encompass not only objects used in rituals and traditional ceremonies, but also objects used in daily life - all demonstrated for Festival visitors on the National Mall. Other presentations focused on Malian vernacular architecture, the building arts, and foodways.

The program was made possible by a partnership with the Government of Mali (Office of the President; Office of the Prime Minister; Malian National Folklife Festival Commission; Ministry ofTourism and Crafts; Ministry of Culture; Ministry ofWomen, Family, and Youth Affairs; and Ministry of Education), the World Bank, and the U.S. Agency for International Development. Additional supporting organizations included the U.S. Department of State, Africa Society, Corporate Council on Africa, Friends of Mali, Association of Malians, the Peace Corps, Chemonics Inc., and John Snow Inc.

Mali: From Timbuktu to Washington

From Timbuktu to Washington is an invitation to think about Mali and her important place in the wider world. Mali's influence in West Africa and beyond has been

Mirror Images: Historical Links between the United States and Mali

Found at a construction site in Alexandria, Virginia, a small iron statue from the late 18th century indicates the possible presence of a Bambara (Bamanan) ...

Mali: A Rich and Diverse Culture

Malian culture, rich and diverse, is rooted in an age-old history. The region that now comprises the Republic of Mali was the cradle of great civilizations, ...

From Golden Age Empires to Independence

Mali occupies a special place in African history. The very name Mali evokes in the African consciousness a period known as the Golden Age, when three great ...

Crossroads of civilizations, center of three great empires, at the forefront of Africa's democracies, Mali is the largest country in West Africa, covering an ...

Traditional music is a vibrant expression of Mali's cultural diversity and wealth. Each ethnic group and region is characterized by certain musical rhythms, ...

Mali is known throughout the world for the dynamism of its culture and the wealth of its musical patrimony. Stars of international renown such as Salif Keita, ...

Malian crafts are a legacy from the past but also very much a part of the present--and the future.

People generally think of crafts as the artistic expression of

Mali's long weaving tradition has given rise to a wide variety of textiles that are particular to communities or regions, are used by people throughout the ...

Architecture is an essential part of Mali's heritage. Its forms are very diverse, corresponding to the varied needs of those who build and use the structures, ...

The Future of Mali's Past

Mali is heir to a remarkable heritage, composed of an assortment of natural and cultural treasures, both tangible and intangible; it constitutes not only a ...

Over forty years old and with more than two hundred films of all genres in all formats, Malian cinema has occupied a central place in the cinematic landscape of

The Bambara (Bamanan) people announce the birth of a baby girl with the saying "den be gwaso la," "the child is in the kitchen." In Mali, cuisine is the ...