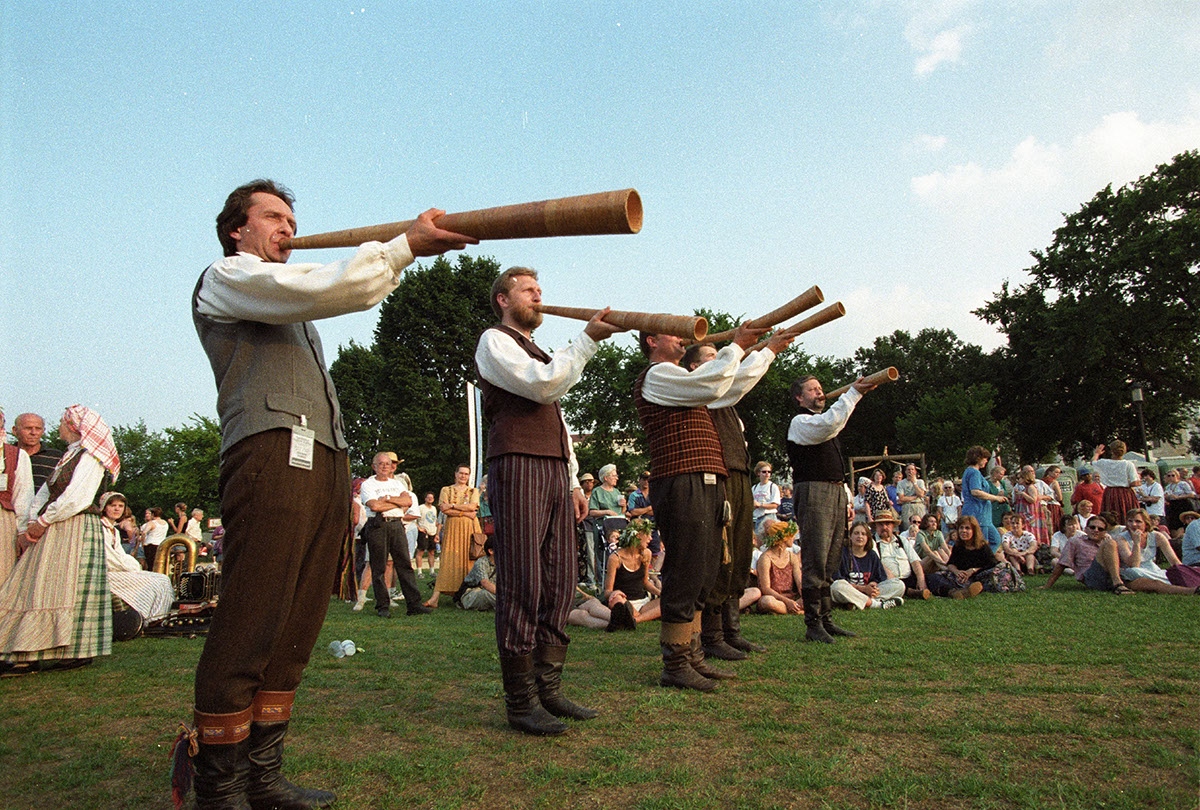 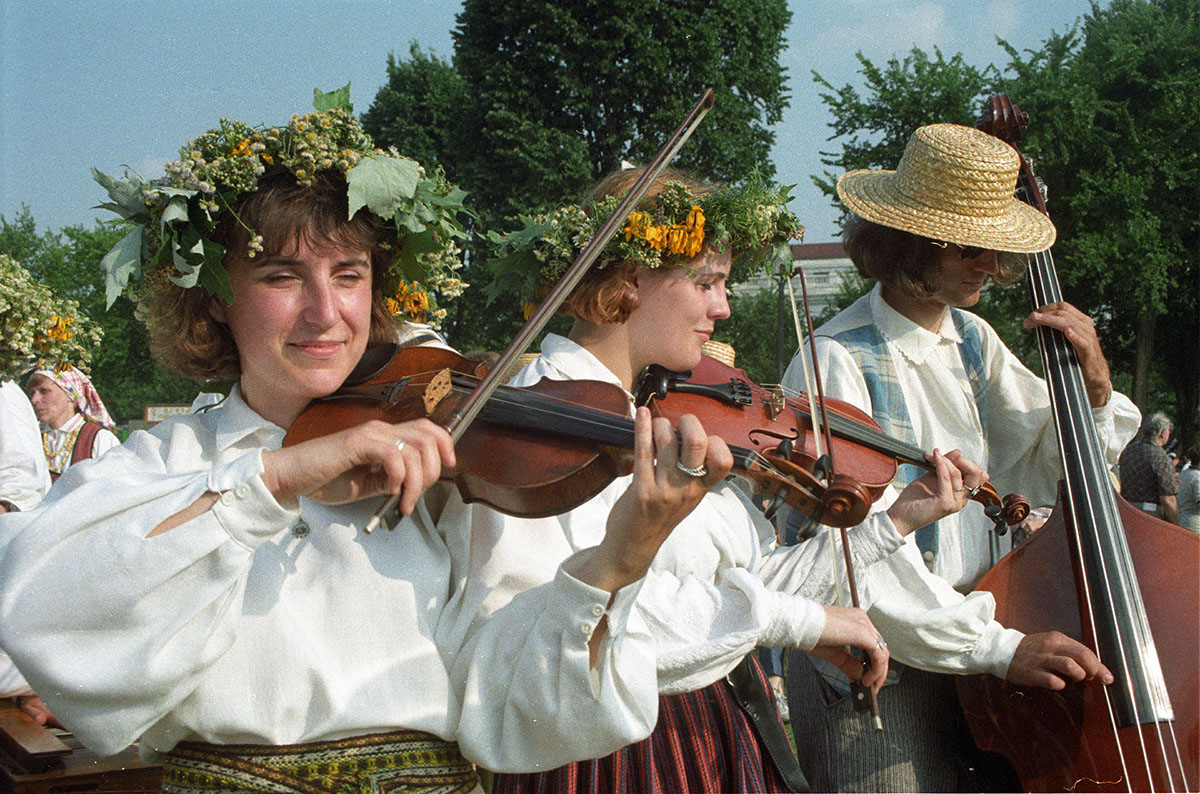 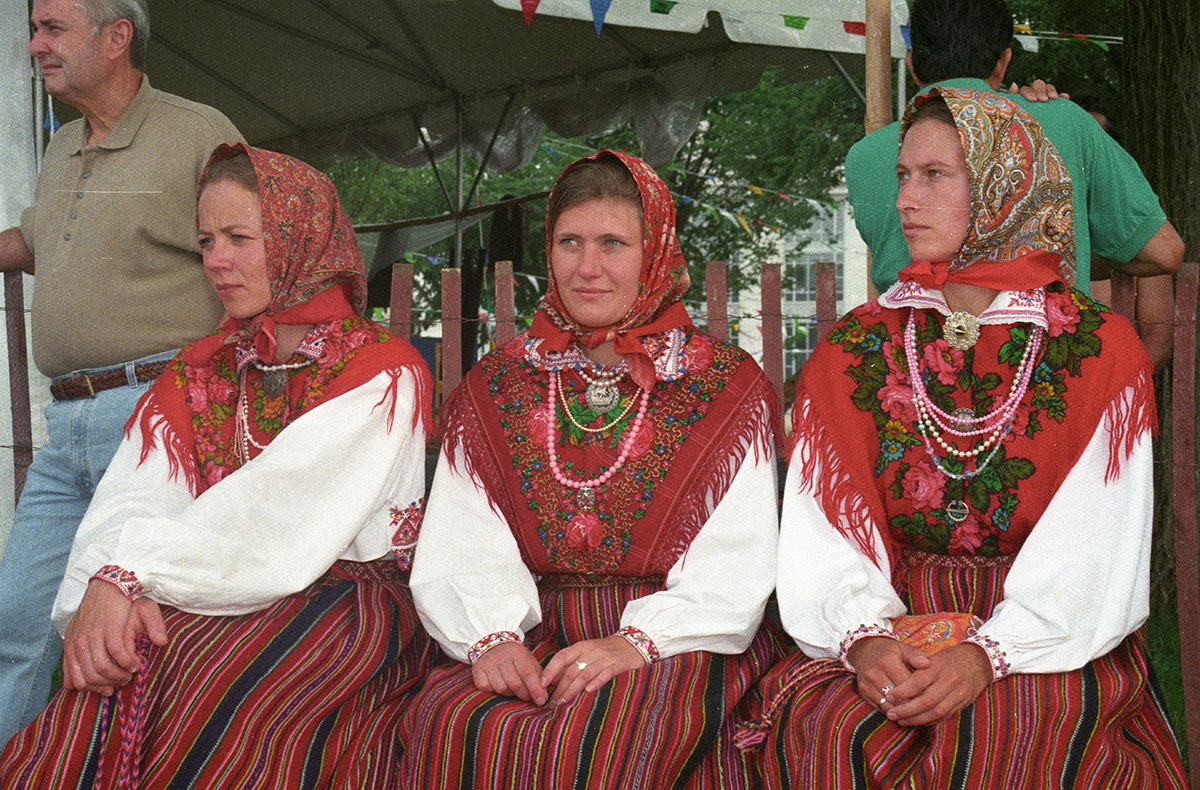 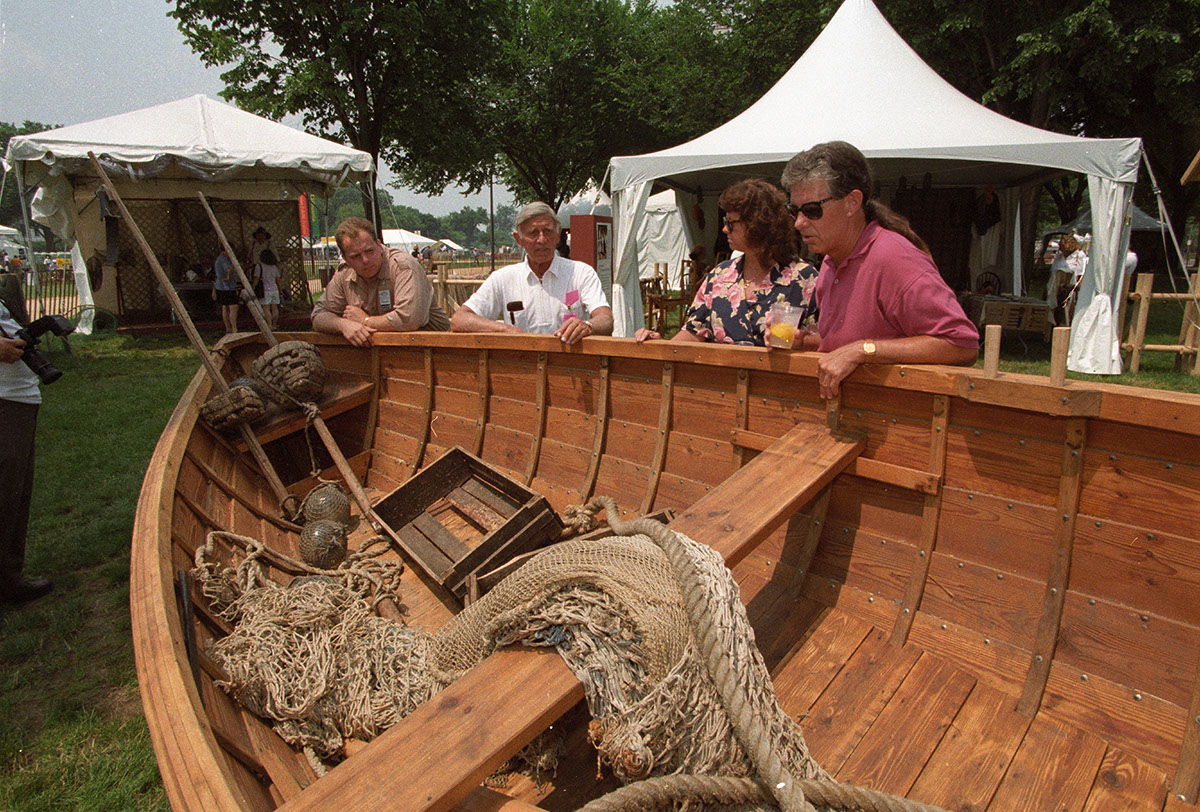 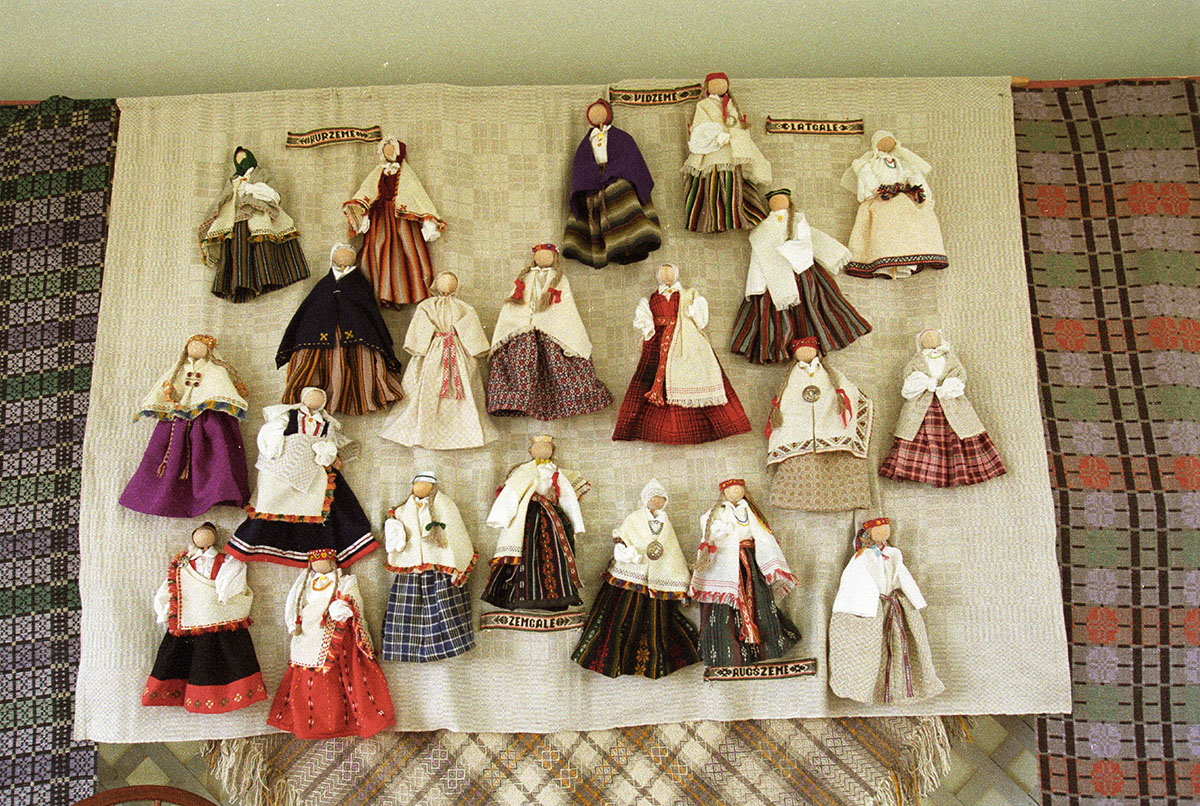 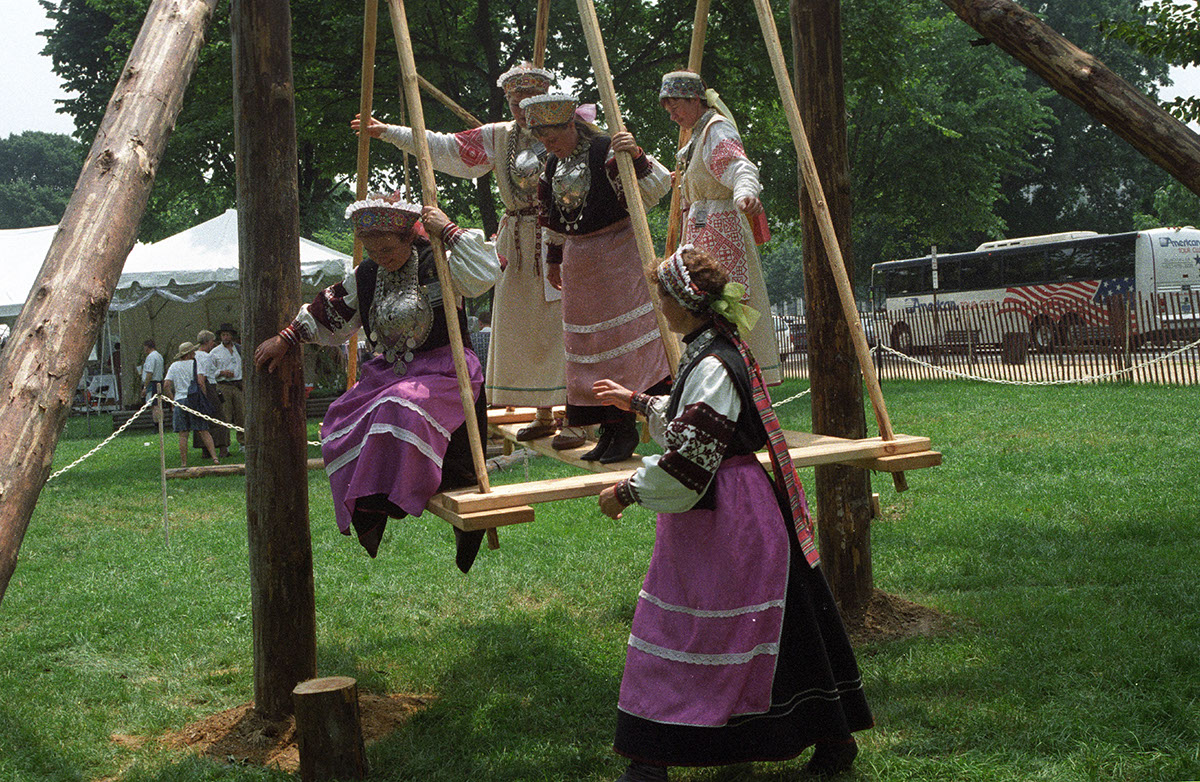 On August 23, 1989, people in the Baltics formed a human chain stretching 430 miles, connecting their capital cities Tallinn, Riga, and Vilnius. They remembered the day in 1939 when Hitler and Stalin had made a secret pact that sealed their fate for several decades. Their massive demonstration told the world that they existed as nations and that they yearned to be masters of their own destiny. They sang their messages and called it the Singing Revolution - a revolution that would result two years later in independence for the three countries from their former Soviet overlords.

Folklore - and singing in particular - had long been a fascination to Baltic citizens seeking to establish a national identity, and the Singing Revolution built upon recent decades of renewed public interest in folklife. During the 1970s collecting and recording traditional cultural expressions increased on the professional, academic, and grassroots levels. Local folk in various rural regions and young people studying in urban settings formed performing groups to perpetuate song, dance, and musical traditions. Everywhere there was an impetus to learn as much as possible about the past and to actively relate that knowledge to the present. These activities were in full swing in the late 1980s. The numerous folk ensembles became an integral part of the mass rallies comprising the Singing Revolution in all three Baltic nations. Many said they could not imagine the national re-awakening having occurred without the ensembles and the entire folklore movement.

These ensembles continued to play a vital role after independence, as Festival visitors could experience for themselves. In these newly reborn countries, society was undergoing many changes at the time of the 1998 Festival. The market economy was affecting daily life, not always beneficially. Western popular culture was exerting a homogenizing influence, especially on the younger generation. The desire to join the ranks of "modern nations" sometimes clashed with the urge to celebrate one's cultural uniqueness. The 1998 Festival program, coming after only a few years of national independence, thus offered a timely opportunity to ponder whether the people of the Baltic countries would continue to practice and cherish their traditions now that they no longer served the function of political resistance to a foreign oppressor. Festival participants from the Baltic nations had lived through many swift and significant changes. They had much to show and tell; and Festival visitors had much to learn. 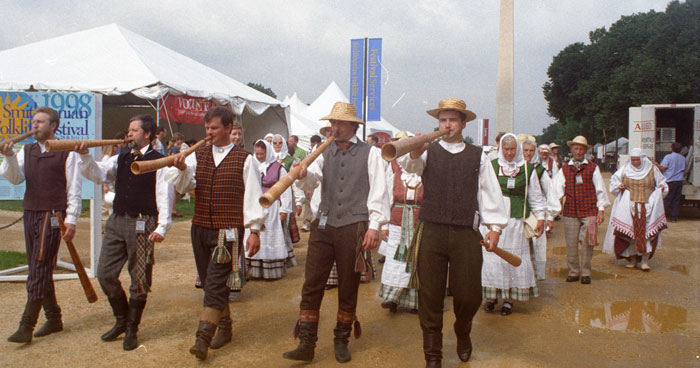 A Song of Survival

The Baltic nations emerged on the world news scene in 1988 and 1989 as if from nowhere. For 50 years they had literally disappeared from the map, subsumed into

In prehistoric times the Finno-Ugric tribes, including ancestors of the Estonians, populated vast areas between the Ural Mountains and the Baltic Sea. Estonian

Latvia is a northern European country on the eastern shore of the Baltic Sea, with a territory of 24,950 sq. miles. It is generally flat and forested, with ...

The Livs, an ancient Finno-Ugric people, today live in various concentrations in the country of Latvia. Known as White Indians (baltie indiani) in reference to

The Tenacity of Tradition in Lithuania

Lithuanians belong to the Baltic group of Indo-Europeans who appeared in the Baltic territories about 3,000-2,500 B.C. Tacitus, a Roman historian of the 1st ...