< Previous | Next >
1996 Festival of American Folklife 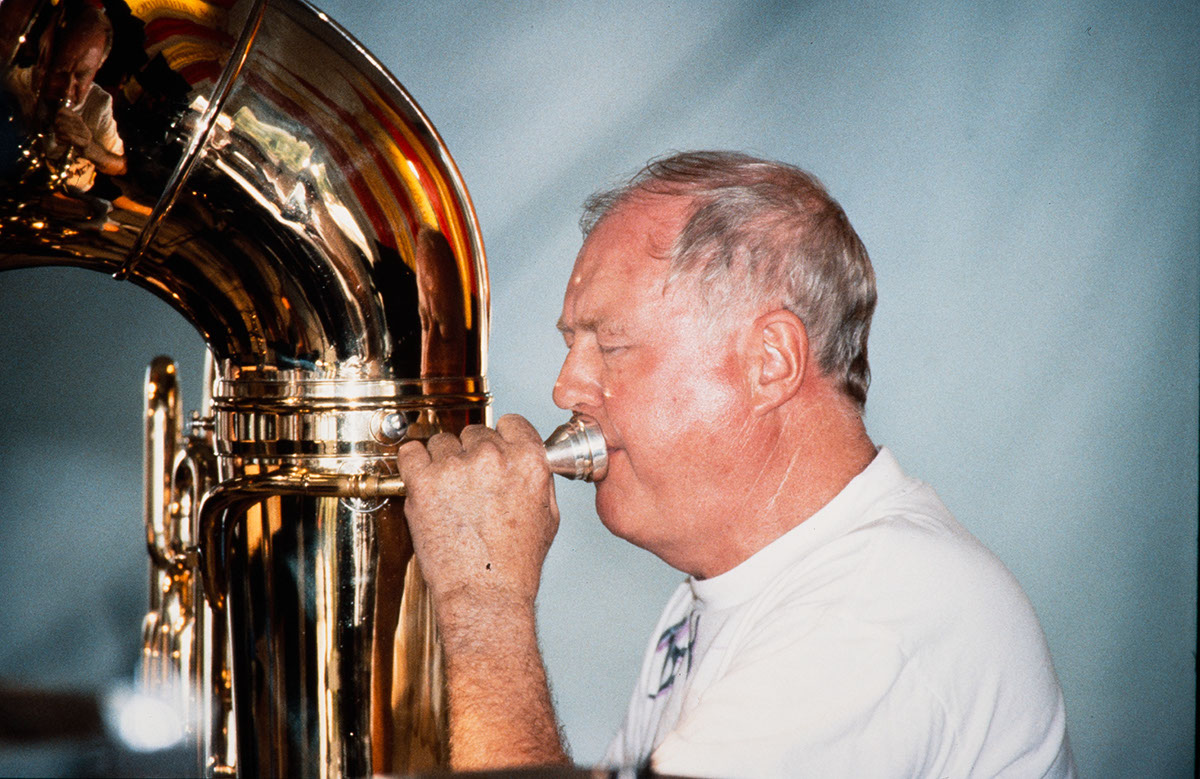 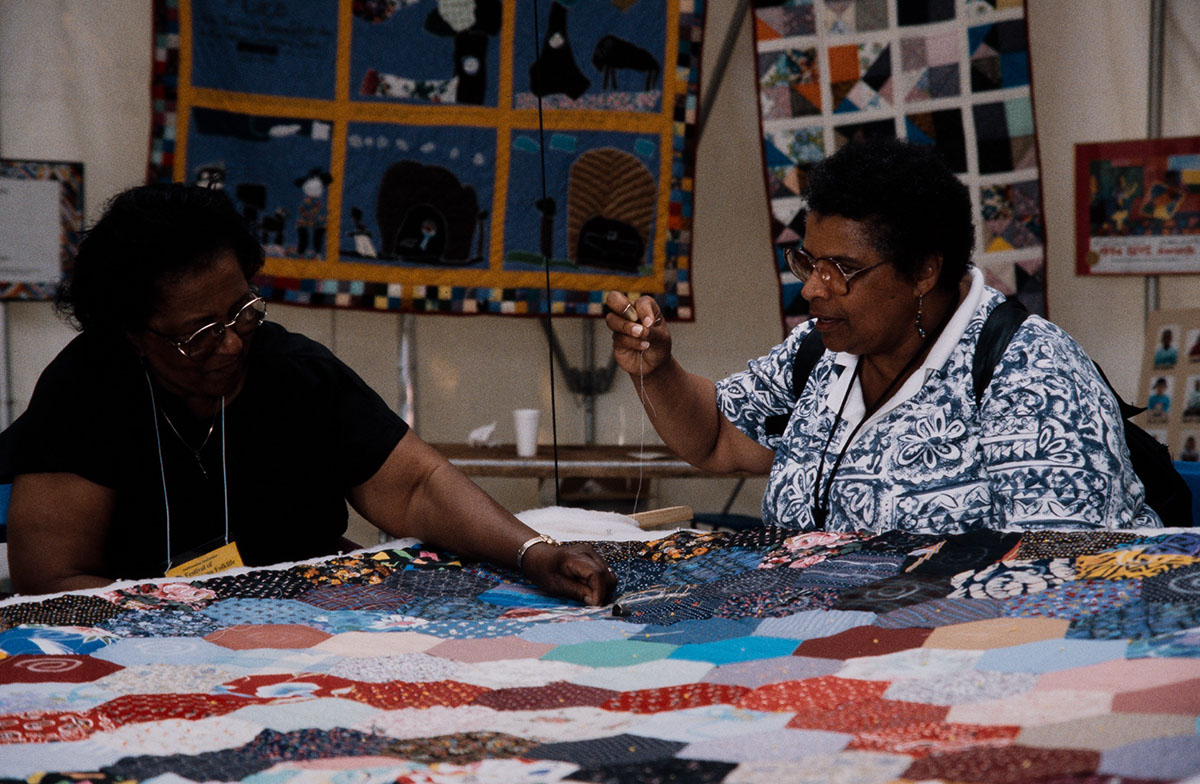 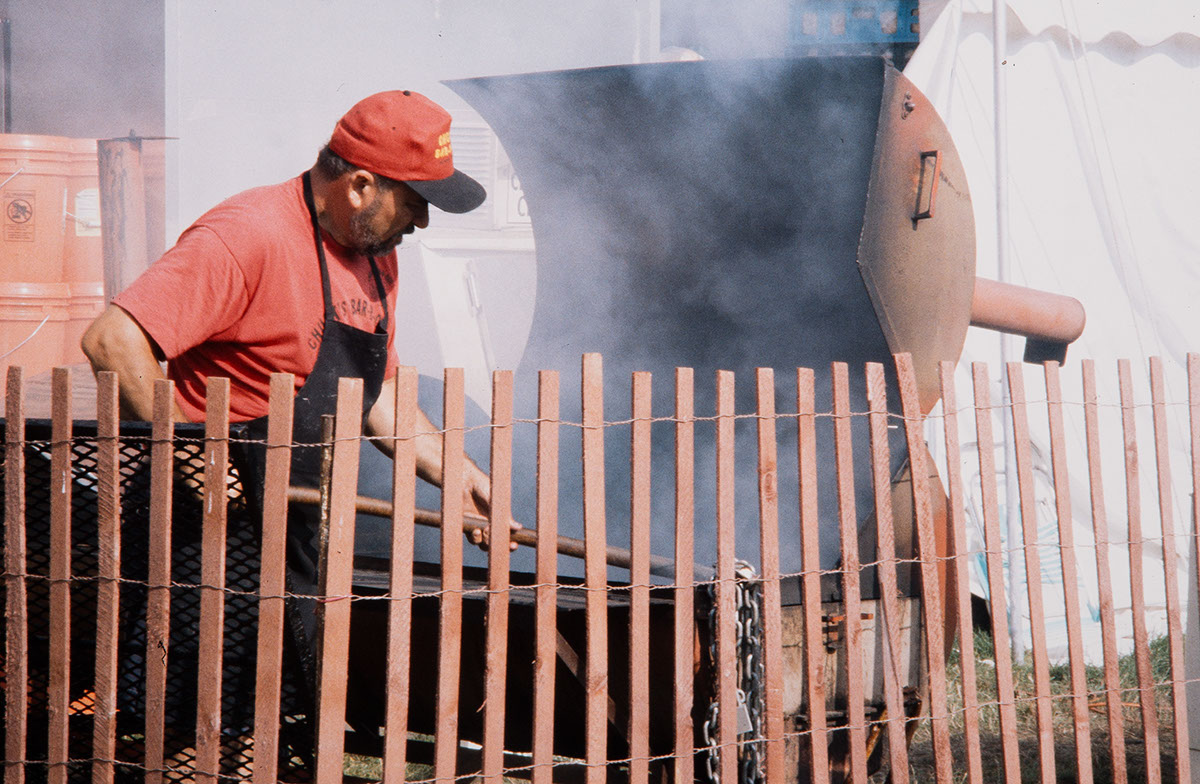 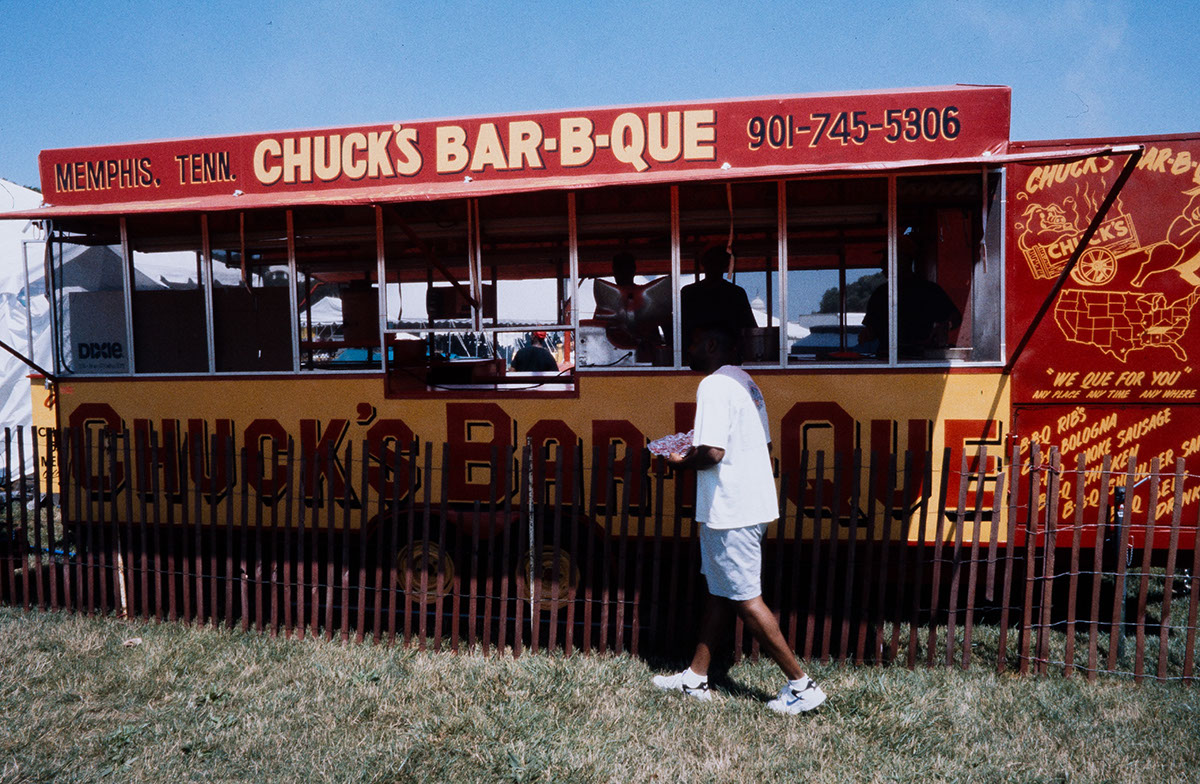 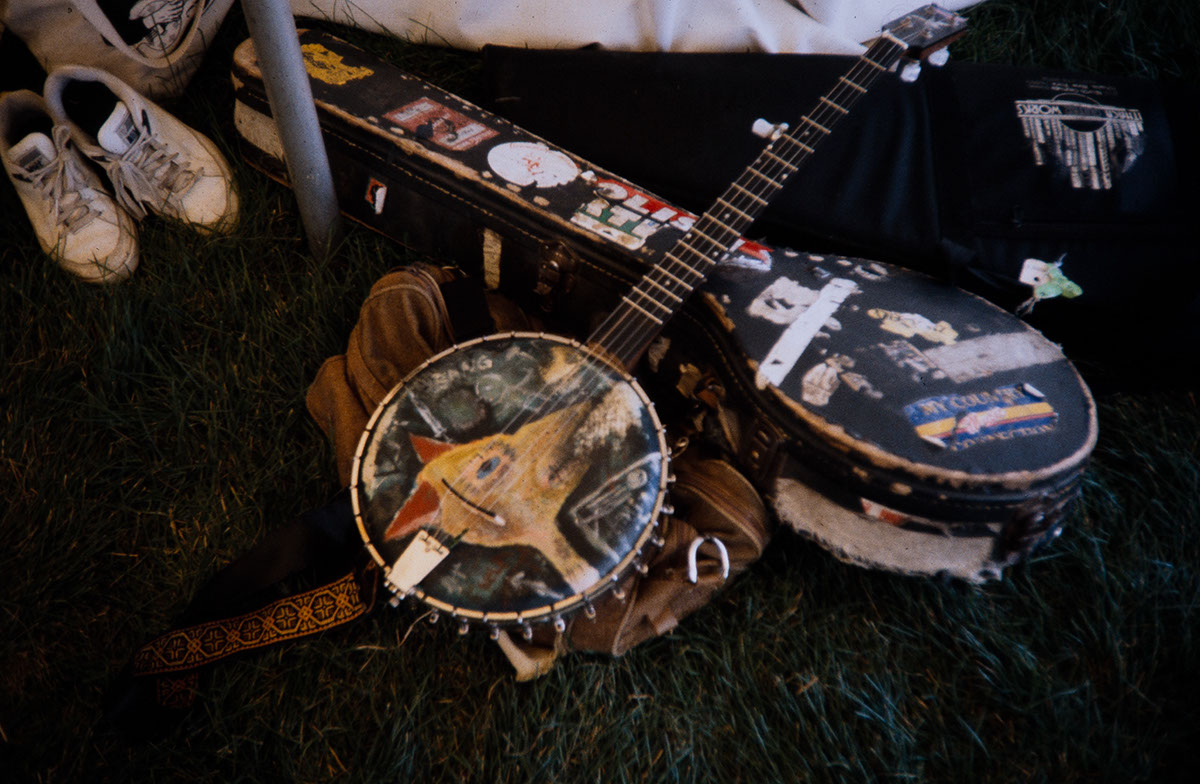 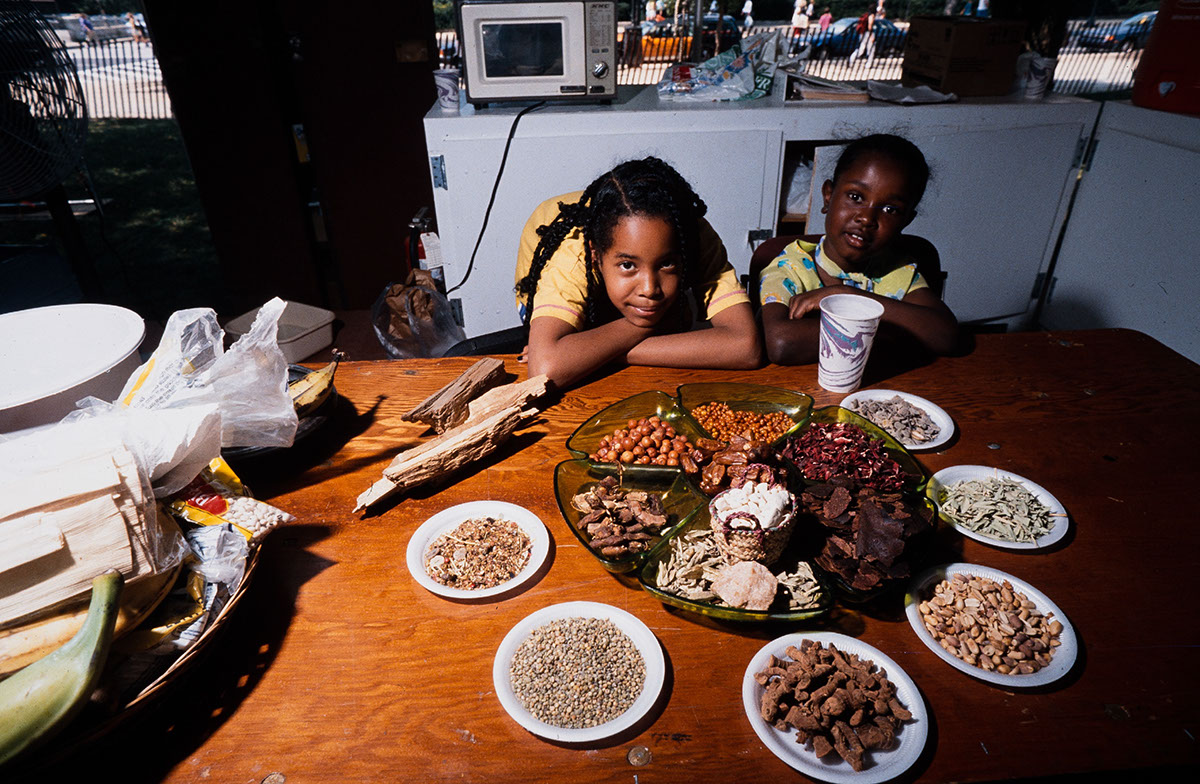 The Olympic Games join athletes from across the globe in the highest levels of competition and excellence. The games have included, since their inception, a cultural component, but never before as extensively as in Atlanta in 1996. The Centennial Olympic Games brought together musical and dramatic performances, exhibitions, and artists from around the world. But most importantly, the Olympic Arts Festival highlighted the American South.

Southern culture was born from the interactions over past centuries of Native Americans, European settlers, and peoples from Africa. In the South, various forms of expression have arisen and transcended boundaries of race, gender, religion, and geography. So powerful have these expressions been - jazz, blues, gospel, rock 'n' roll, civil rights songs, Southern oratory, and food - that they have constituted unique American contributions to world culture. At the 1996 Festival on the National Mall, these forms of expressive culture were celebrated. Later the same summer in Atlanta during the Olympic Games, the program was the core of Southern Crossroads, a festival of Southern culture mounted in the new Centennial Olympic Park - the gathering spot for several hundred thousand visitors a day and billions more through television coverage. An Enhanced-CD Smithsonian Folkways recording with Internet connections and other educational material derived from the Festival program reached countless more after the Olympic Games.

The 1996 program not only exposed regional cultural roots but also showed how many of them have become part of traditions known to America and the world. Technology amplified the stories and songs of Southern rivers and roads, travails and struggles - as documenters recorded, disk jockeys broadcast, and performers toured these cultural expressions, helping them bridge race, gender, class, and ethnicity and producing forms of music now identified with American culture as a whole.

The world of Southern culture celebrated in the 1996 Festival was one of family, home, and community. The program explored new points of juncture and the evolution of new identities. In these could be discovered in today's South the roots of a new, evolving American culture.

Philippa Thompson Jackson was Program Curator and Phyllis K. Kimbrough was Program Coordinator. The American South was made possible by and was produced in collaboration with The Atlanta Committee for the Olympic Games Cultural Olympiad and in cooperation with the Southern Arts Federation. Additional support was provided by The Recording Industries Music Performance Trust Funds.

The American South celebrates a vibrant, traditional, regional culture, and much, much more. In a way, the program presents a glimpse of the roots of the whole

The South: What Is It? Where Is It?

The South: What is this place? What's different about it? Is it different anymore? Good questions. Old ones, too. People have been asking them for decades. Some

When South Is North

"Southern" is a lot more than a geographical condition. It's a state of mind.

To a Cuban girl growing up in Miami, it was an entirely foreign notion.

The Question of Race

"South: that part of the United States south of Mason's and Dixon's line, the Ohio River, and the southern boundaries of Missouri and Kansas."—Webster's New ...

Being Southern Is Being Invisible

I was not born or raised in the South. But I know what it is to come from Southern values and roots. Roots that are older than America can ever be.

Recollections of a Southern Jew

Back in the sixth grade in Mississippi, I read a chilling tale, "The Man Without a Country," about a man condemned to live forever adrift on a ship, never to ...

A Circle Unbroken--Celebrations in the American South

The American South is famous for her celebrations. Each year Southerners celebrate holidays with dance, food, and music in every part of their region. Southern

Reflections of a Southern Woman

I am a Southern woman, even though I lived a large and significant part of my life in the Midwest and short periods in the East. I was born, educated, and ...

The South has played a central and defining role in American musical history, as an inspiration for songwriters, as a source of styles, and as the birthplace of

Song and eloquent oratory are integral to African-American religious expression, and they were pervasive, spiritually sustaining elements of the U.S. Civil ...

On Being a Southern Writer

Because my father is a native New Yorker and my mother is from Georgia, where I have spent most of my life, I have never felt comfortable with the we/they ...