< Previous | Next >
1972 Festival of American Folklife 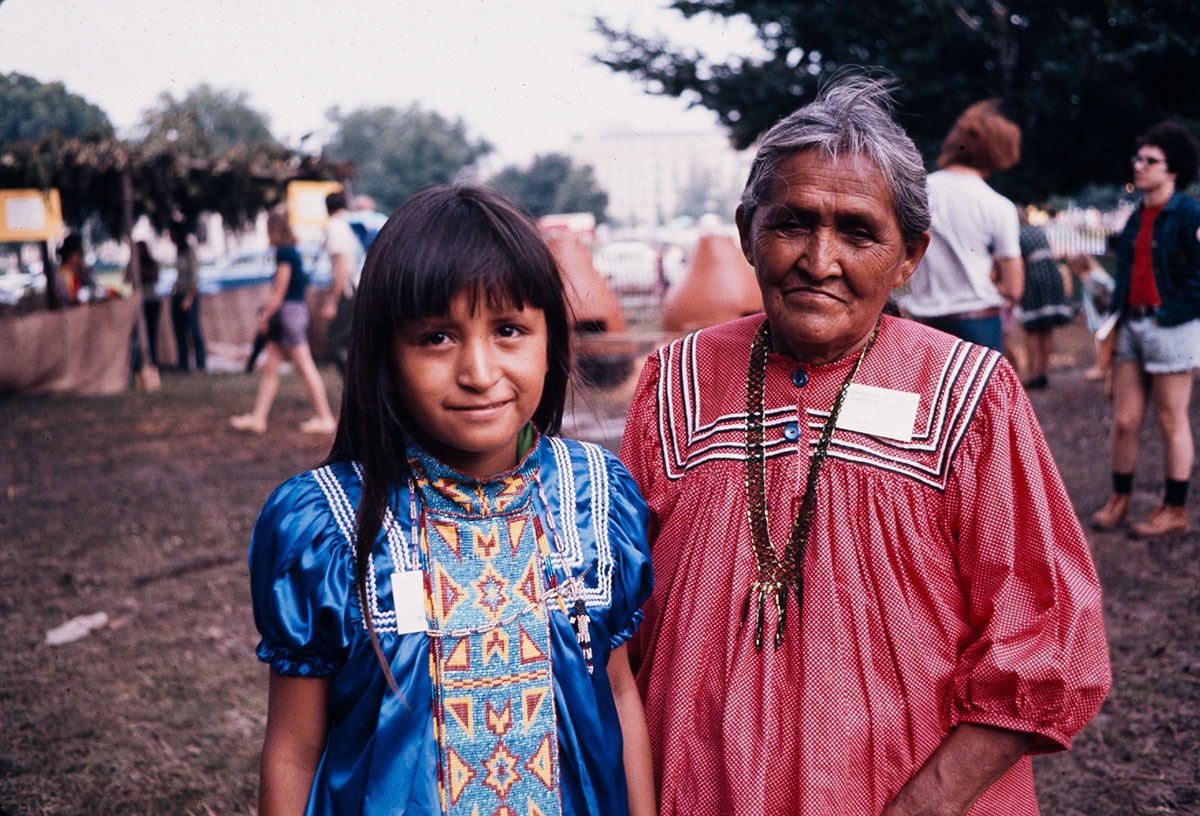 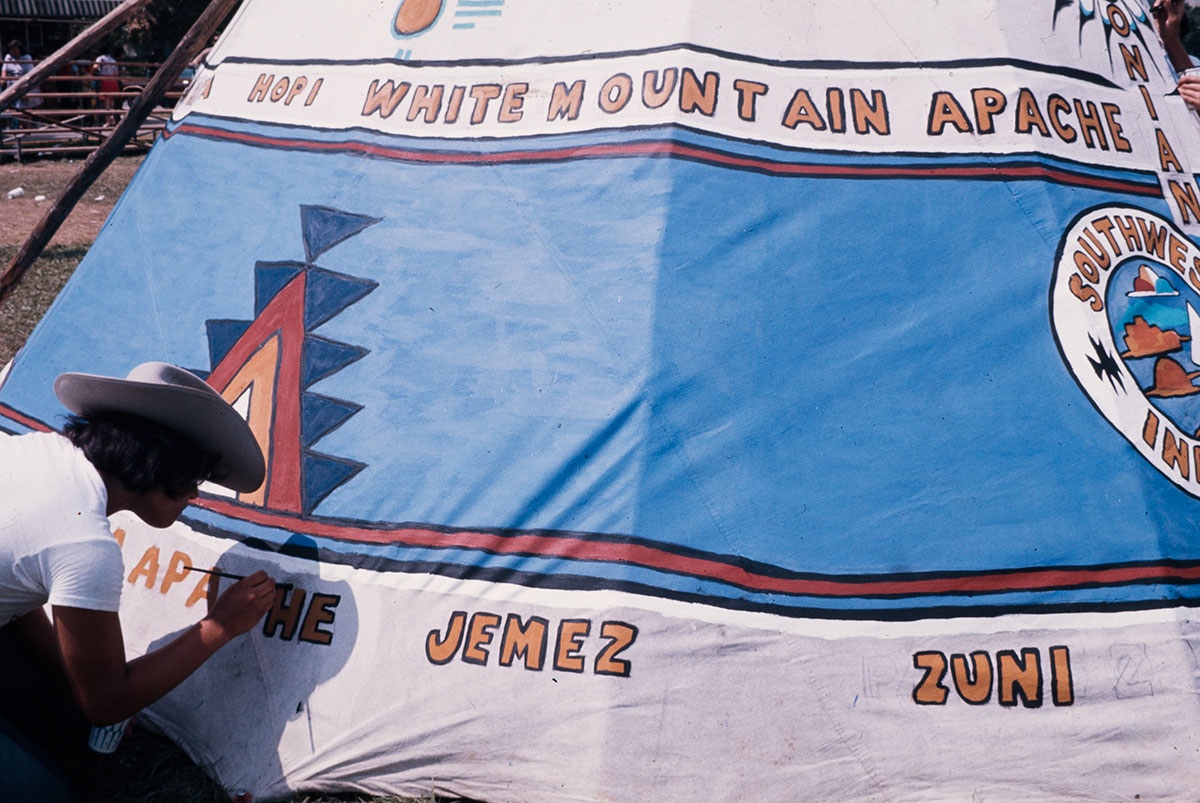 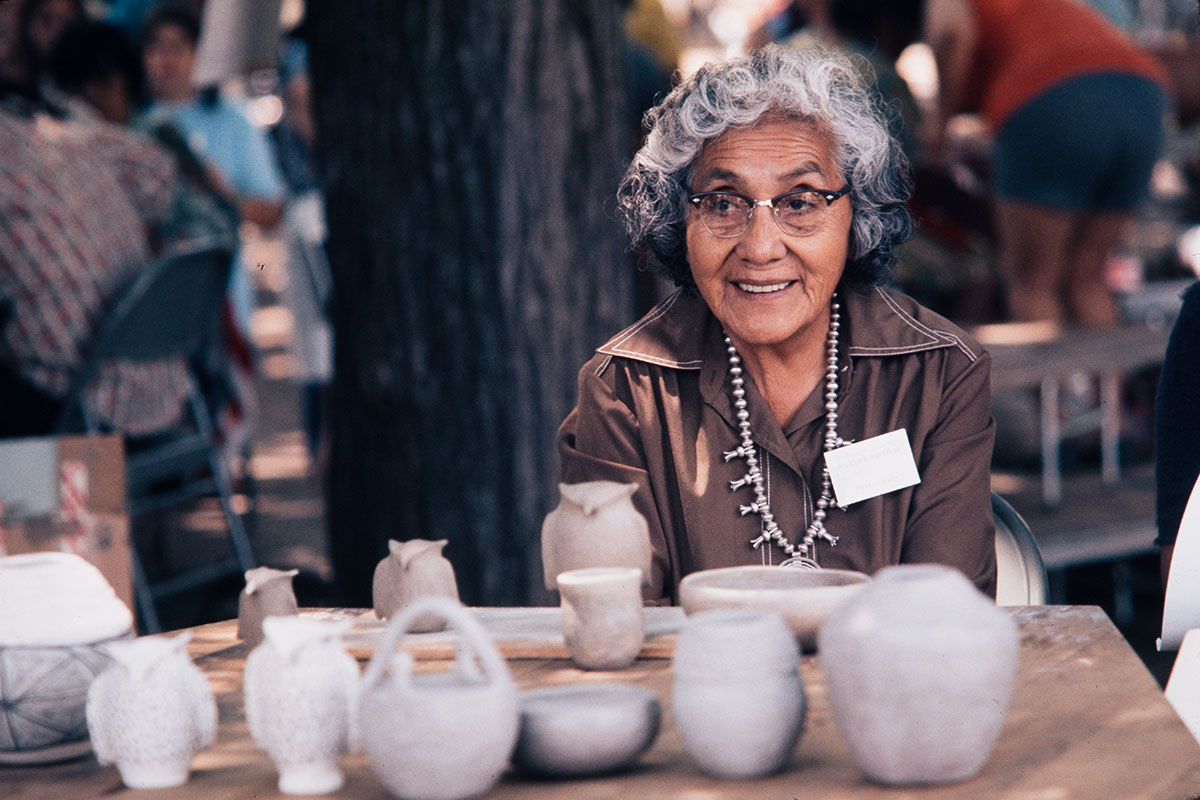 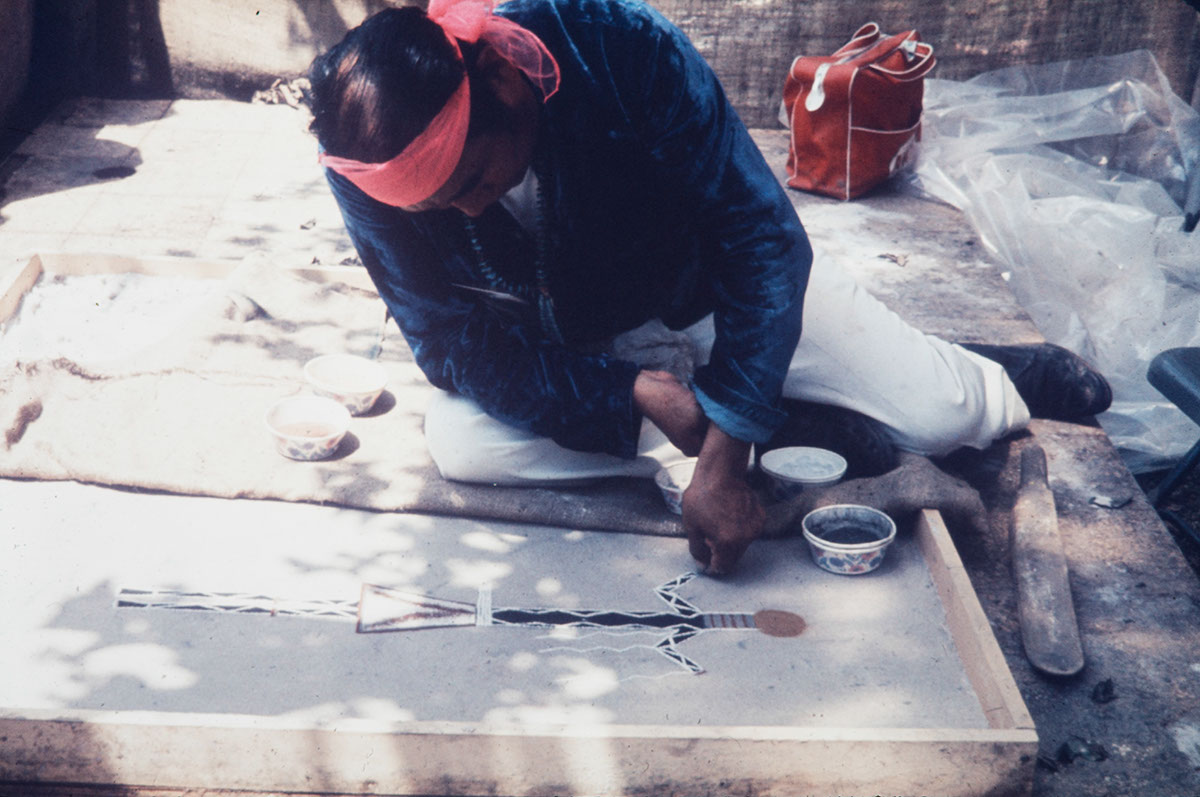 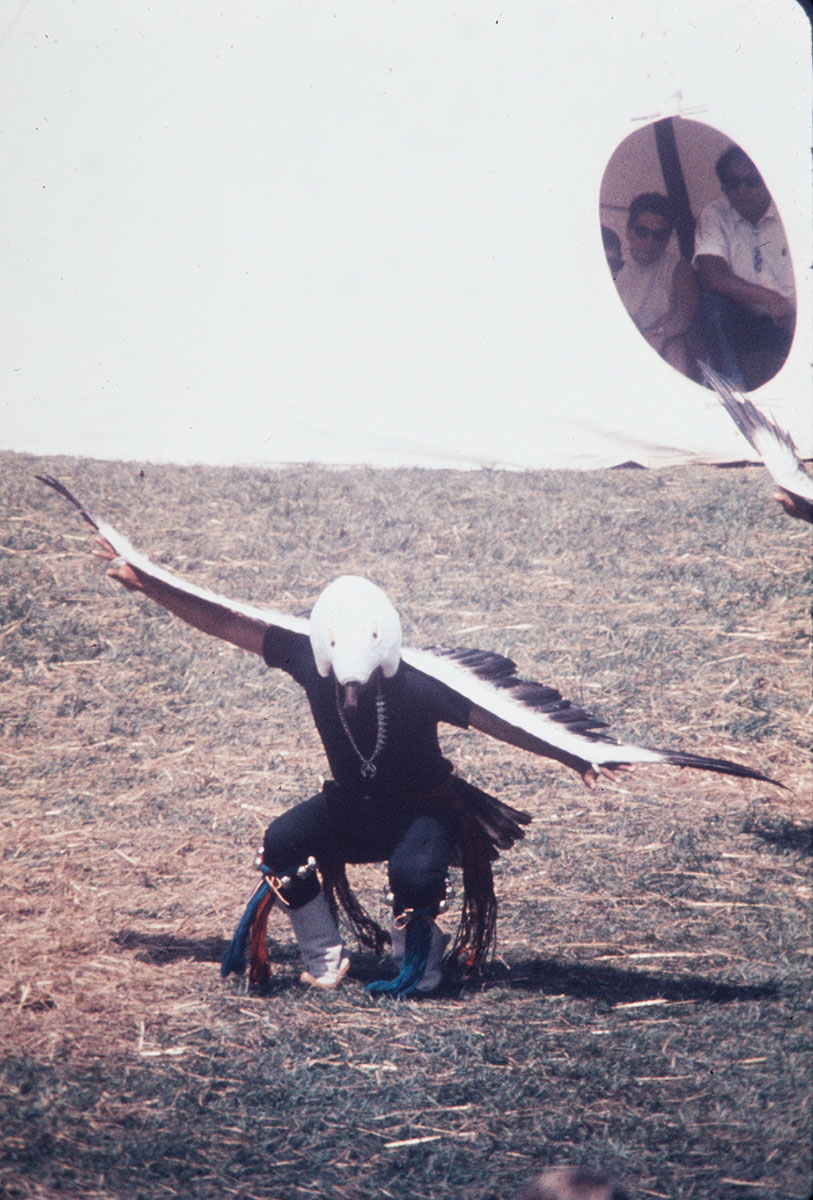 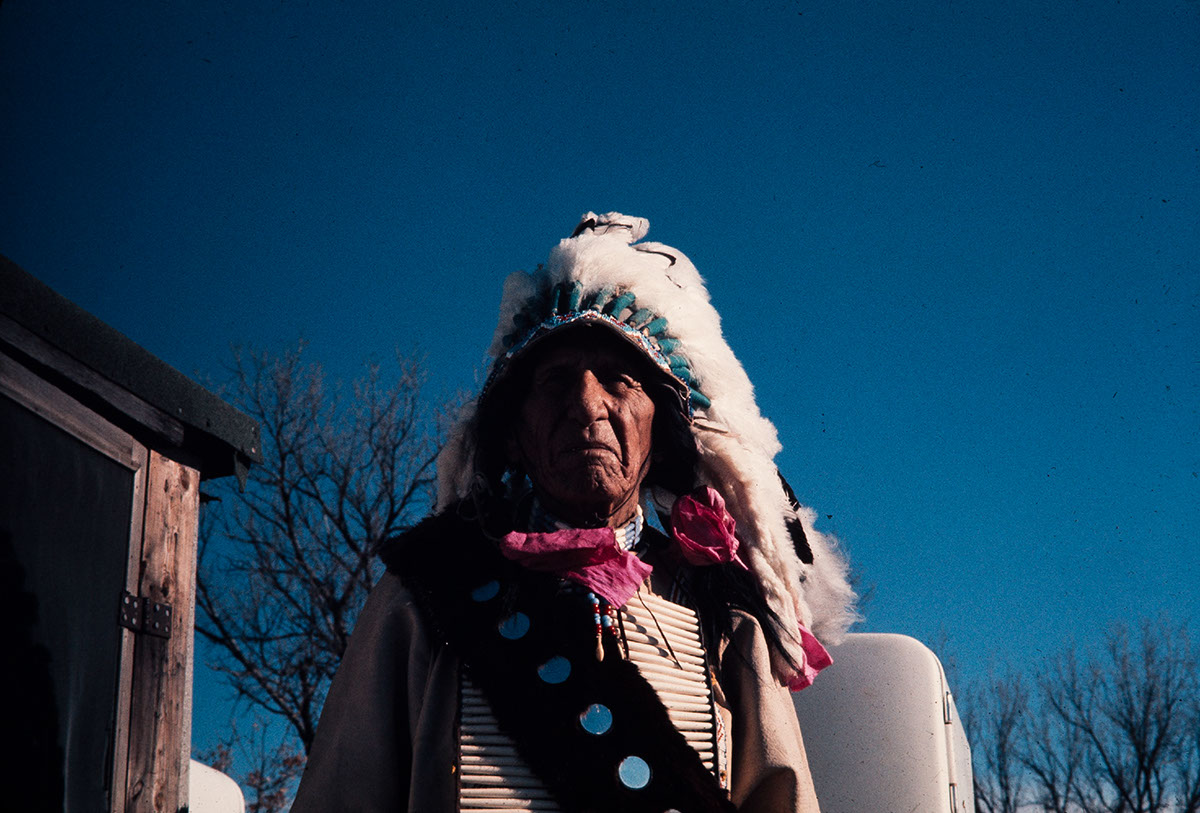 At each annual Festival, Native Americans brought their traditional cultures to the National Mall. The 1972 Indian presentation focused on tribes from the southwestern region of the United States. Visitors could see various examples of the lifestyles and crafts of Pueblo, Navajo, and Apache tribes from Arizona and New Mexico, and meet some seventy-five members of these tribes. "Museum Guide" signs invited comparison of the Festival's view with the exhibits of American Indian artifacts and lifestyles in the National Museum of Natural History.

As in previous years, participants were carefully selected through a continuing fieldwork program. Important criteria in their selection were a knowledge of their tribe and their skills in a particular artistic area. The fieldwork that went into the Indian participation at the Festival sought out people who could best represent the Iiving aspects of Indian culture. A potter was invited to the Festival because there was stiII a demand for Pueblo-made pottery, for instance, not because pottery was something Indians used to do in the past. There were dancers on the Mall, not because that was the visible and best-known image of Indians, but because the dancers and songs continued to play a vital part in Indian life today.

Clydia Nahwooksy served as Indian Awareness Program Director and Tom Kavanagh as Program Assistant. The program was sponsored by the U.S. Department of Commerce and Americans for Indian Opportunity.

During a recent Arts Festival in a southeastern state, an extremely inquisitive group of spectators were talking to one of the participants.

Samplings from "The Pueblo Indian Cookbook"

The Museum of New Mexico Press will soon publish The Pueblo Indian Cookbook, compiled by Phyllis Hughes. It includes recipes from the nineteen Pueblos located ...