“The artists we honor as part of our NEA National Heritage Fellowship awards are testament to the diversity, ingenuity, and creativity that characterize this nation. We are so grateful for the gifts they have brought to all our lives.”
—Jane Chu, Chairman, National Endowment for the Arts

In celebration of the fiftieth anniversary of the National Endowment for the Arts (NEA), the 2016 Ralph Rinzler Memorial Concert features extraordinary musicians from across the country who have received the NEA National Heritage Fellowship, the nation’s highest award for excellence in the folk and traditional arts.

Every year since 1982, the NEA has awarded National Heritage Fellowships to a broad range of traditional artists in recognition of their artistic excellence and their contributions to our nation’s diverse heritage. To date, more than 400 individuals and groups from every region of the United States have been honored by this prestigious award.

These artists are not only great masters of their tradition; as teachers, innovators, and advocates, they have made significant contributions to the living cultural heritage of their communities. Together they represent a remarkable portrait of the great diversity of cultures and artistic traditions that enrich our nation.

This concert offers a preview of the 2017 Smithsonian Folklife Festival. For our 50th anniversary, we will feature a full program on the NEA National Heritage Fellows.

Presented in partnership with the National Endowment for the Arts

Ralph Rinzler (1934-94), founding director of the Smithsonian Folklife Festival, worked with a host of musicians, craftspeople, and folklorists, doing fieldwork, developing exhibitions, issuing recordings, and presenting concerts. This concert series honors Rinzler by highlighting his work and the work of his colleagues in conserving and extending traditional expressive culture. 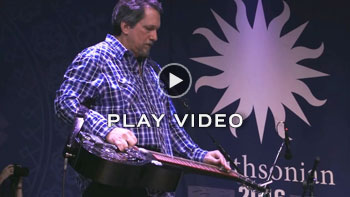 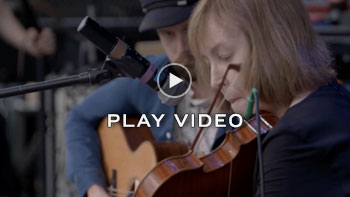 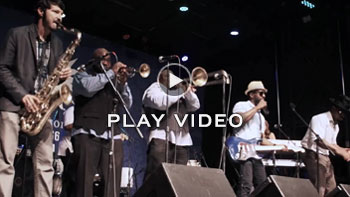 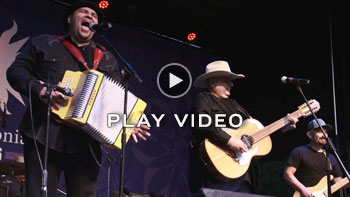 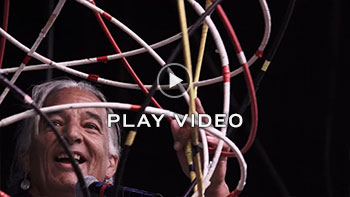 Hailed as one of the world’s greatest oud players, Rahim AlHaj is a virtuosic performer and composer who combines traditional Iraqi music with contemporary styling and influences. Born in Baghdad, Iraq, he studied music with Munir Bashir and other prominent performers.

Forced to flee Iraq during the Saddam Hussein regime, AlHaj resettled in New Mexico as a political refugee in 2000 and became a U.S. citizen in 2008. After reigniting his career in Albuquerque, AlHaj began performing throughout the country and internationally. He has released nine CDs, including the GRAMMY-nominated When the Soul Is Settled: Music of Iraq on Smithsonian Folkways Recordings. His upcoming Smithsonian Folkways release combines oud, Middle Eastern percussion, and a Western-style string quintet to create vibrant, heart-rending musical stories of wartime Iraq.

For this concert, he is joined by internationally recognized Palestinian American percussionist Issa Malluf. 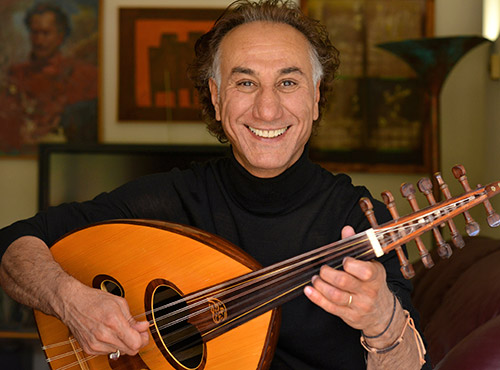 Affectionately known as the “Godfather of Go-Go,” Chuck Brown pioneered a musical blend of Latin beats, African call-and-response chants, rhythm and blues, and jazz that has been identified with Washington, D.C., for more than fifty years. Brown was known for his legendary live shows, heavy on audience participation built around “the beat” to create a nonstop dance party atmosphere. He spent much of his time touring Europe and Asia, fostering an international go-go fan base.

Brown passed away in 2012, but The Chuck Brown Band, which includes his daughter Takesa “KK” Donelson and his son Wiley Brown, as well as many other musicians he inspired over the years, keeps his legacy alive. Today, go-go music is heard in clubs and dance halls, as well as on playgrounds and street corners throughout the District of Columbia. 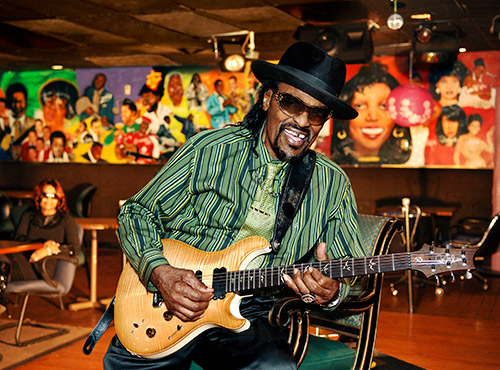 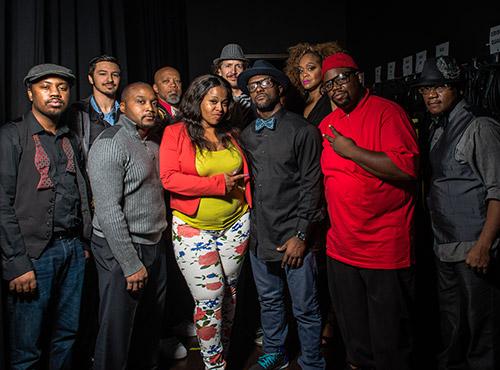 Irish American fiddler and composer Liz Carroll was born in Chicago, Illinois, the daughter of Irish immigrants from County Offaly and County Limerick. A junior and senior All-Ireland Fiddle Champion, she has toured as a solo artist and with many groups and been featured on eleven albums. In 2010, she became the first Irish American musician nominated for a GRAMMY, then a year later the first American-born composer honored with the Cumadóir TG4, Ireland’s most significant music prize.

Carroll’s artistry flows from a sense of deep connection and devotion to Irish music and culture. “It’s just one of those ingrained things,” she says, “the kind of thing you keep going back to.”

She is joined by pianist and guitarist Jake Charron of Toronto, Canada, who has been in high demand as a touring and recording musician, collaborating with artists around the world. 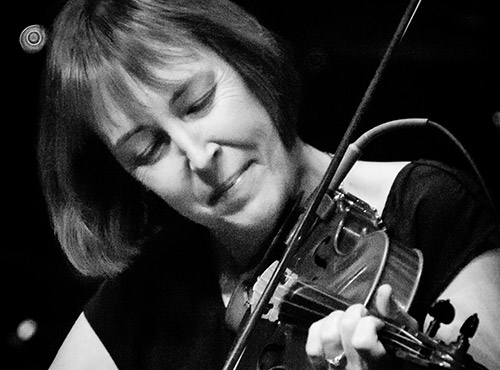 Many consider Jerry Douglas to be the best Dobro player in the world—“dobro’s matchless contemporary master” according to the New York Times.

Douglas began his musical career playing acoustic guitar in his father’s bluegrass band in the steel belt town of Warren, Ohio. After hearing Josh Graves play the Dobro with bluegrass greats Lester Flatt and Earl Scruggs, he was inspired to take up the instrument. He was soon touring the country with bluegrass bands, gaining a reputation as an artistic virtuoso and a stunning innovator.

He has since performed on over 1,600 recordings, won fourteen GRAMMYs, and been named the Country Music Association’s Musician of the Year three times. Though he got his start in bluegrass, he has impacted rock ’n’ roll, jazz, blues, country, contemporary classical, world music, and beyond. His band, The Earls of Leicester, will release a new album on July 15. 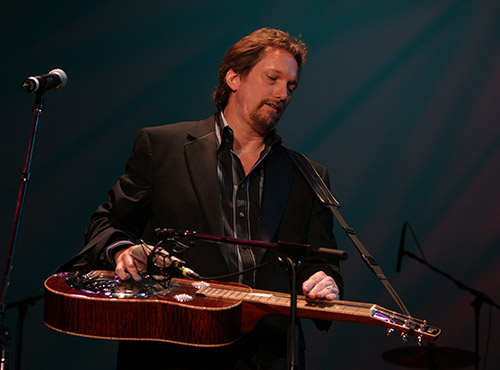 Photo by Michael G. Stewart, courtesy of the National Endowment for the Arts

Born into a family of musicians, five-time GRAMMY-winning accordionist Leonardo “Flaco” Jiménez has led the way in expanding Texas-Mexican conjunto music from his community in San Antonio, Texas, to new audiences in the United States and worldwide.

Conjunto is a uniquely Texan tradition, with influences from German, Polish, and Czech immigrants who settled in the predominantly Mexican region of the Texas Rio Grande Valley. Over the years, Jiménez has expanded conjunto to include influences from country, rock, and jazz music.

Los Texmaniacs will join their mentor and friend on stage with their own spirited style of conjunto. The group is led by Max Baca on bajo sexto, with Josh Baca on button accordion, Noel Hernandez on bass and vocals, and Lorenzo Martínez on drums. Jiménez and Baca are featured on the Smithsonian Folkways album Flaco & Max: Legends & Legacies. 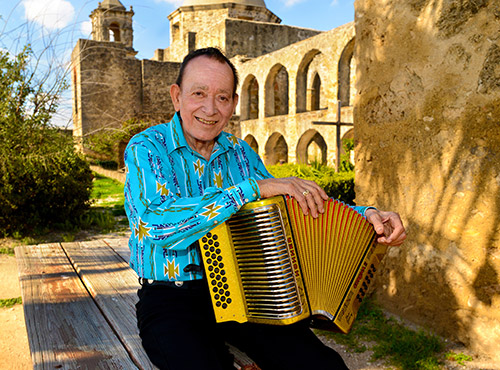 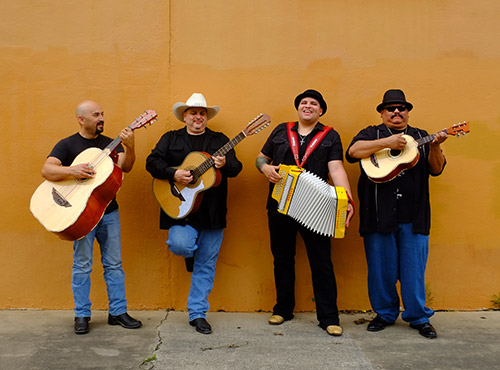 Born on the Standing Rock Reservation in South Dakota, Kevin Locke is a Hunkpapa Sioux trained from an early age in all forms of Lakota musical, oral, and dance traditions. From his uncle he learned the Lakota language and traditions, and from elders he learned to make and play traditional wooden flutes. Now he devotes his life to preserving the traditions of his people.

“I have been able to teach countless Indian and non-Indian children to sing, to dance, to stand inside the hoop of Indian culture, and I know that this experience will have lasting influence with regard to future positive race relations within the state,” he says.

In his presentations, Locke performs on his flute and demonstrates the Sioux hoop dance, using twenty-eight wooden hoops. For this concert, Locke will be joined by Ojibwa singer, storyteller, and drum leader Max Defender from Dunseigh, North Dakota. 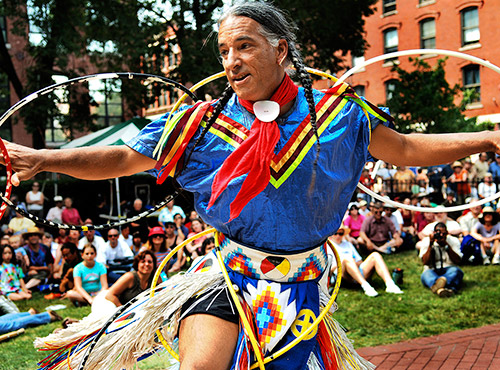 A renowned clarinet and mandolin virtuoso from Brooklyn, New York, Andy Statman thinks of his compositions and performances as “spontaneous American-roots music and personal, prayerful Hasidic music, by way of avant-garde jazz.”

Born into a long line of cantors, composers, and musicians, his early musical influences included klezmer records played at family gatherings, Tin Pan Alley and Broadway show tunes, Hasidic songs from Hebrew school, rock ’n’ roll, big band jazz, and classical music. He studied with mandolin great David Grisman and soon became a master himself, experimenting across genres from bluegrass to jazz. As a clarinetist, he focused on the centuries-old Hasidic melodies that lie at the heart of klezmer music, melodies embedded in the religious path he had come to follow. His music expands the boundaries of traditional and improvisational forms.

Statman is joined by master musicians Larry Eagle on drums and Jim Whitney on upright bass. 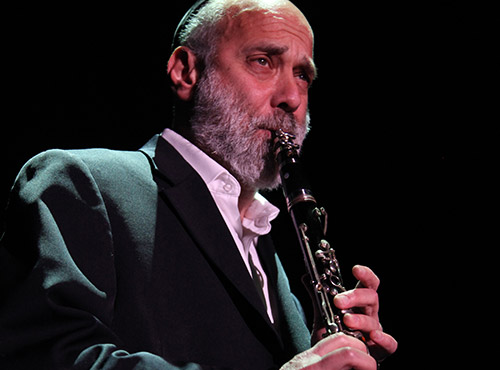 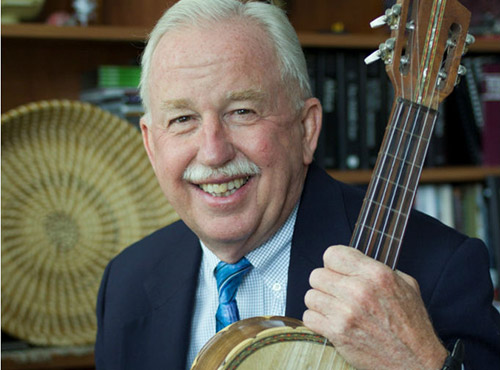 This narrative session features NEA National Heritage Fellows sharing thoughts on the nature of tradition and the role of innovation in keeping their musical heritage vibrant and meaningful. Participants include Irish American fiddler Liz Carroll; Dobro player Jerry Douglas; Lakota flute player, singer, and dancer Kevin Locke; and klezmer musician Andy Statman. It will be moderated by Cliff Murphy, the Folk and Traditional Arts Director for the National Endowment for the Arts.

This narrative session focuses on the role of NEA National Heritage Fellows as teachers and mentors, honoring the cultural heritage of the master artists they learned from and passing on their artistic traditions to new generations. Participants include conjunto accordion player Flaco Jiménez, bajo sexto player Max Baca of Los Texmaniacs, accordion player Josh Baca of Los Texmaniacs, Iraqi oud player and composer Rahim AlHaj, Palestinian American percussionist Issa Malluf, and lead vocalist with the Chuck Brown Band, Frank Sirius. It will be moderated by Cliff Murphy, the Folk and Traditional Arts Director for the National Endowment for the Arts.